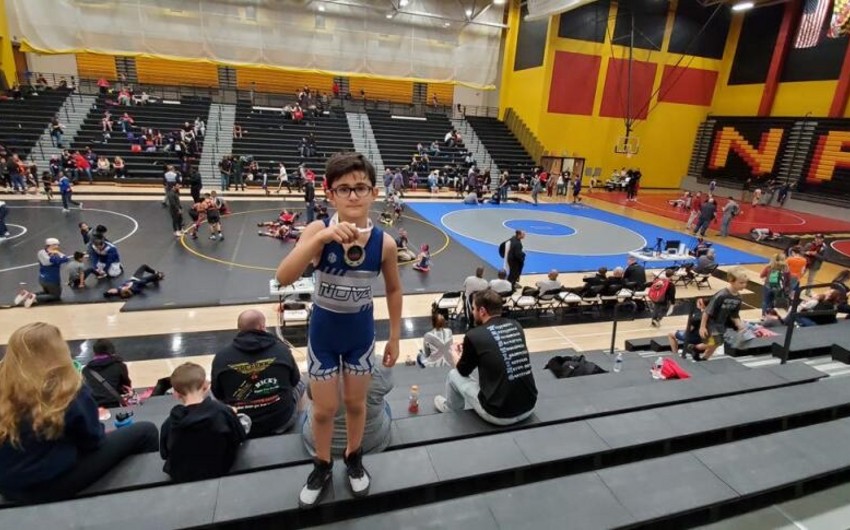 His mother, Leyla Niyazova, told Report’s local bureau that Omar’s great success in the prestigious competition made his family and our compatriots in the United States proud: “We have been living in Fearfax, Virginia for seven years. I am an accountant for a company in the United States, and my husband works in Information Technology (IT). We have two children. Showing great interest in various types of sports from an early age, Omar has been swimming since the age of six. He can participate in competitions this year because he was admitted to the national team. He also practices judo with his father. Omar also plays chess and has had great success in many inter-school competitions. He has been wrestling for a year, and we were delighted with his great success in a short time.

Niyazova says that although her son has lived in the United States since the age of three, he speaks Azerbaijani fluently and has a great interest in the exact sciences: “Omar is in the 4th grade at the school where specially gifted children study. He has a great interest in mathematics. His biggest dream is to represent our country with dignity by participating in international competitions with the Azerbaijani flag.