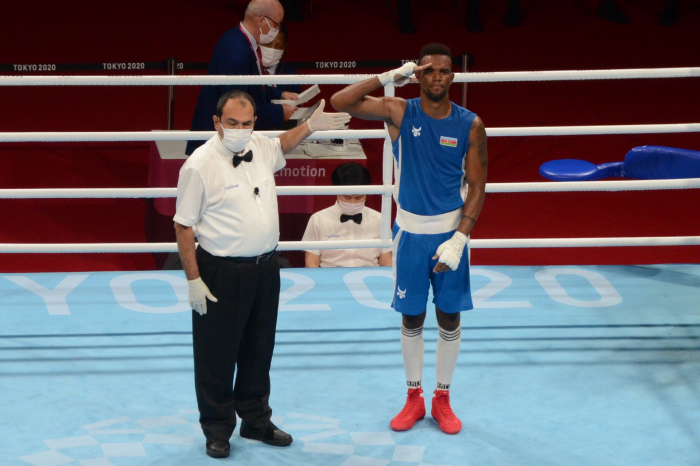 In the quarter-finals, the Azerbaijani athlete faced Turkey’s representative Bayram Malkan. Dominguez, competing in the weight category up to 81 kg, lost points to his opponent in the first round, but defeating him in the second and third rounds, he won the overall bout.