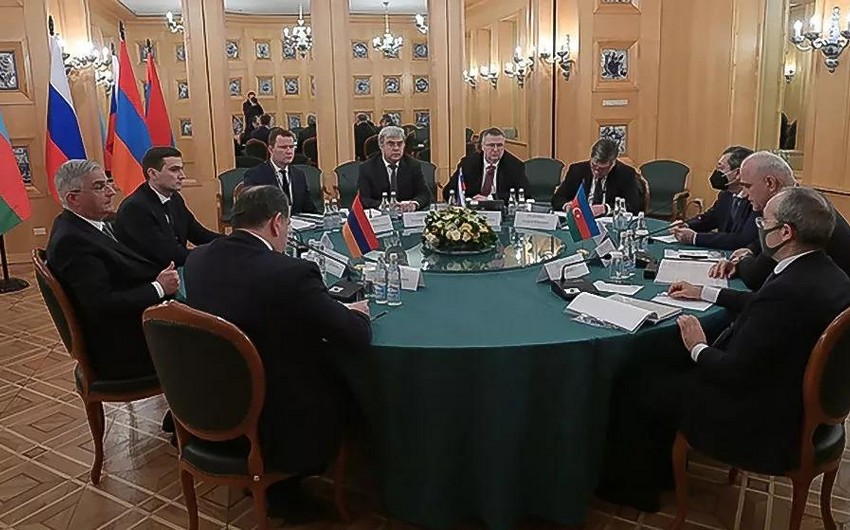 The 11th session of the tripartite working group co-chaired by Vice Prime Ministers of Armenia, Russia and Azerbaijan – Mher Grigoryan, Alexey Overchuk and Shahin Mustafayev has been held in Moscow, the press service of the Armenian government said, according to Report.

The sides stressed Russia’s positive role in resolving relations between Armenia and Azerbaijan as well as the issue of efforts aimed at unblocking the economic and transport communication between the two countries.

The participants in the session discussed the issues related to the construction of the railroad connecting Armenia, Azerbaijan and Russia, the development of the railway communication and organization of shipments.

“The parties will continue to work on the implementation of tripartite statements on unblocking the transport and economic ties in the region signed by the leaders of Armenia, Russia and Azerbaijan,” the statement said.