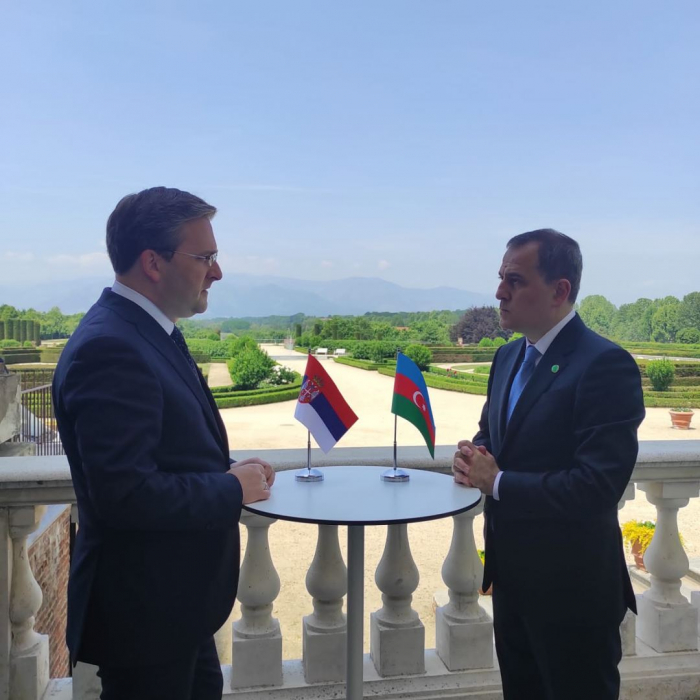 Azerbaijan’s Minister of Foreign Affairs Jeyhun Bayramov met with Serbian Foreign Minister Nikola Selakovich within the Session of the Committee of Ministers of the Council of Europe in Italy’s Turin on May 20, according to the Azerbaijani Foreign Ministry.

The ministers commended the current strategic partnership between Azerbaijan and Serbia, as well as discussed development prospects in the economic, commercial, political, humanitarian, and other fields.

The sides exchanged views on the imminent entry into force of the ‘Agreement between the Government of the Republic of Azerbaijan and the Government of the Republic of Serbia on mutual abolition of visa requirements for persons holding general civil passports’, reviewed cooperation in the field of civil aviation, and explored ways of effective use of tourism potential between the two countries.