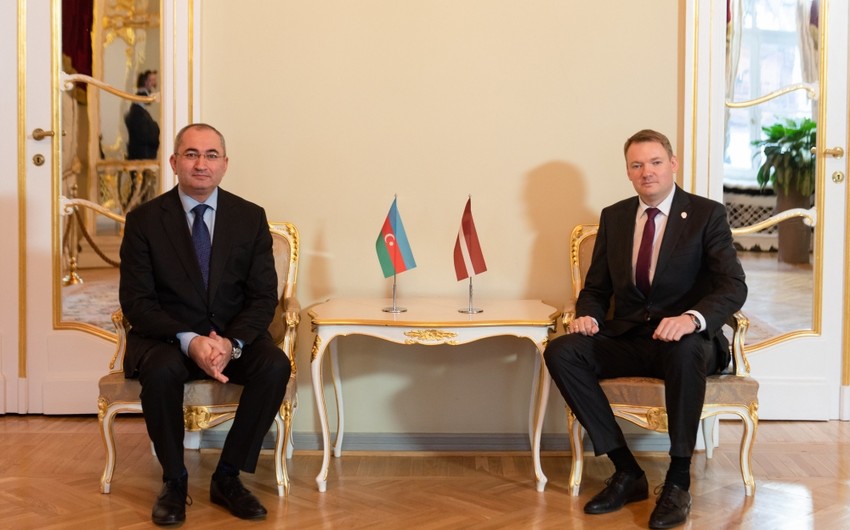 Ambassador Elnur Sultanov congratulated Edvards Smiltens on his election as Chairman of the 14th Saeima of Latvia and wished him success in his work. He noted the importance of signing the Joint Declaration on establishing a strategic partnership between Azerbaijan and Latvia during the visit of the President of Azerbaijan Ilham Aliyev to Latvia in 2017 and stressed the key role of inter-parliamentary relations to deepen partnership between the two countries.

The ambassador emphasized that the mutual visits of the members of the governments of the two countries this year contributed to the further strengthening of bilateral relations and opened up broad prospects for future cooperation. He handed a congratulatory letter from the Speaker of the Milli Majlis (Parliament) of Azerbaijan Sahiba Gafarova to Edvards Smiltens.