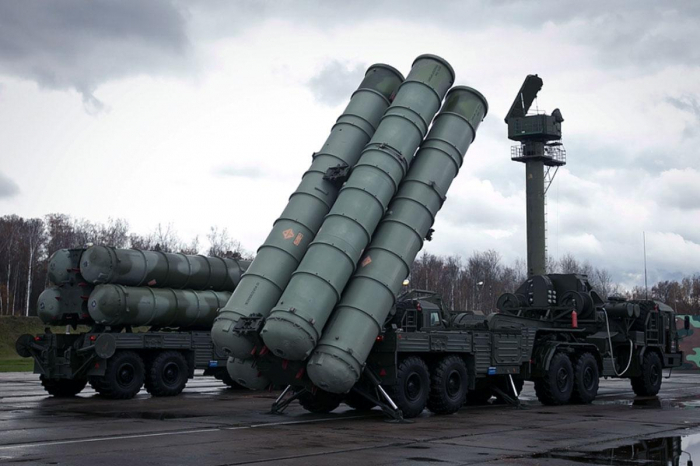 According to the intelligence information obtained, the S-300 anti-aircraft missile systems, defending the airspace of Yerevan, have been removed from combat duty and are moving in the direction of the occupied territories, said Colonel Vagif Dargahli, chief of the Azerbaijani Defense Ministry’s press service.

“We declare that they will face the fate of the destroyed military equipment of the Armenian army in Nagorno-Karabakh,” he said.

The recent battles once again show that the myth of the invincibility of the Armenian army is unfounded, Dargahli stressed.

As a result of the successful operations of Glorious Azerbaijani Army, Gubadly city has been…

Supreme Commander-in-Chief: “We will go to the end”

“We will continue on our way. If they want a ceasefire, they should tell the…

Azerbaijani President Ilham Aliyev has announced the names of the villages of Zangilan, Jabrayil and…

Russia calls on Turkey to use its influence for ceasefire

Ilham Aliyev: There is not a word about Armenian people in Kurekchay treaty

“I am right when I say that we are restoring historical justice. I proved to…

A few days ago, Armenia “shocked” the world community by its decision to introduce a…

The Public Leaders Platform of Azerbaijan sent an appeal to the Presidents of the USA,…

“The Second Karabakh War has been going on for about a month. This is the…

I am deeply impressed by the messages and emails of appreciation regarding Israel’s humanitarian efforts,…

Hikmat Hajiyev: “Azerbaijan does not fight against Armenian population”

MOD: Armenia spreads fake news on use of military aircrafts by Azerbaijan

The Armenian side again spreads fake news claiming that Azerbaijan uses military aircrafts, according to…

Armenia replaces its own soldiers with Syrian mercenaries

Since the beginning of the war, the Armenian army has bombarded the media with fake…