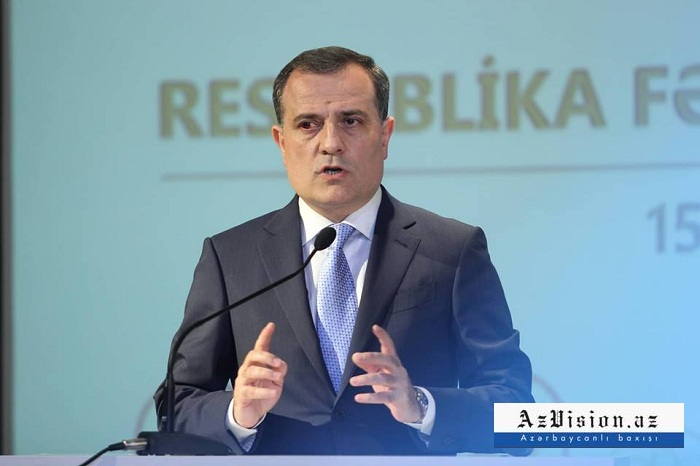 Azerbaijan favors a solution to the Nagorno-Karabakh conflict through political dialogue and negotiations, for which there is a legal basis, the country’s Foreign Minister, Jeyhun Bayramov, said in an interview with CNN Turk TV channel.

Bayramov, who is paying an official visit to Turkey, urged the international community to exert serious pressure on Armenia in order to ensure the fulfillment of the relevant UN Security Council resolutions on the conflict.

“The UN Security Council resolutions demand the withdrawal of the occupying Armenian troops from the Azerbaijani territories, the return of IDPs to their native lands, as well as the restoration of Azerbaijan’s internationally recognized borders,” the minister said. “The documents and resolutions of other international organizations also reflect the same requirements. We believe that there should be enough serious pressure on the Armenian side by the international community.”

Minister Bayramov reiterated Azerbaijan’s principled stance on the conflict resolution, emphasizing that the relevant resolutions must be fully implemented.