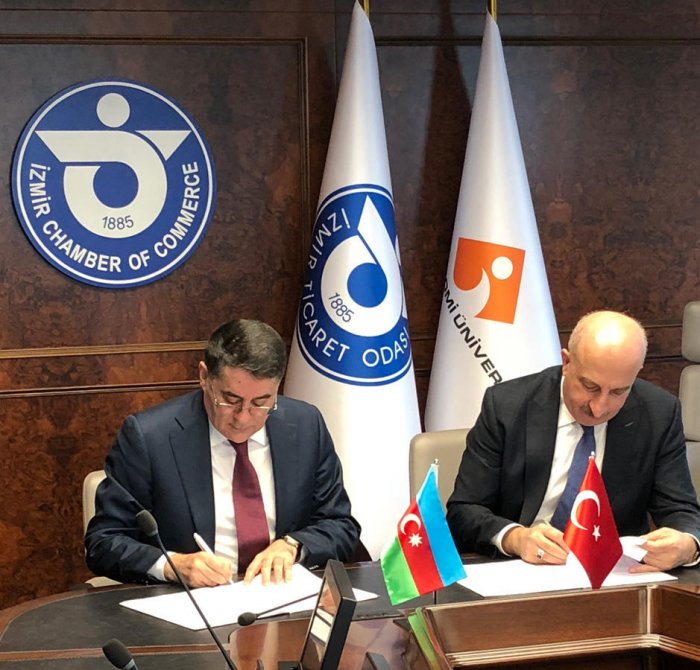 The Azerbaijani-Turkish joint commission on international road transport held its next meeting in Izmir, Trend reports referring to the Ministry of Transport, Communications and High Technologies of Azerbaijan.

The purpose of the meeting was to further develop cooperation between Azerbaijan and Turkey in the field of international road transport, as well as the implementation of the requirements of bilateral agreements concluded between the two countries.

At the meeting, the sides discussed such issues as the current situation in the field of international road transport between the two countries, the exchange of static data on trade relations and authorization forms used by road carriers of both countries, problems faced by road carriers in the implementation of freight and passenger transport, and ways to address them.

At the same time, there was an exchange of views on maintenance parity regarding the number of buses involved in passenger transportation on the Baku-Istanbul-Baku route, upcoming issues in connection with the commissioning of the Baku-Tbilisi-Kars railway, the discrepancy between the allowed weight of large-sized and heavy foreign vehicles traveling on public roads of Azerbaijan, and Article 211.2 of the Tax Code, simplifying procedures for obtaining visas by road carriers of both countries.

The subject of discussions, in particular, were the problems of the carriers of Azerbaijan’s Nakhchivan Autonomous Republic existing at the border checkpoint “Sederek-Diluju” while traveling to Georgia and other countries through Turkey, the number of quotas for authorization forms used for transportation in 2019, prospects for the development of transport and other topical issues.

Hasanov spoke about the large-scale reforms implemented in Azerbaijan in recent years in the field of transport, innovations in the road transport structure and major regional projects.

Following the discussions of aforementioned issues, as well as other topical issues on the agenda, a relevant protocol was signed between the delegations at the next meeting of the joint commission.