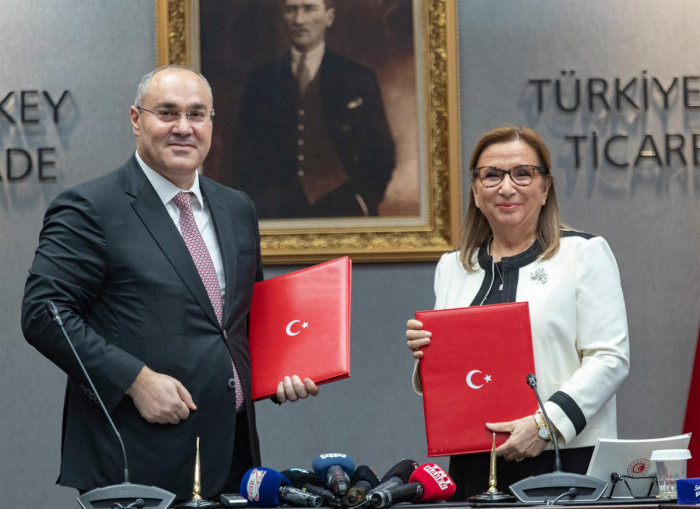 A memorandum of understanding has been signed between the Azerbaijani and Turkish governments on a simplified customs corridor, Azerbaijan’s State Customs Committee (SCC) reported.

The document was signed in Ankara by chairman of Azerbaijan’s State Customs Committee, Lieutenant General of the Customs Service Safar Mehdiyev and Turkey’s Minister of Trade Ruhsar Pekcan.

At the meeting, an exchange of views on the prospects of cooperation between the Azerbaijani and Turkish customs authorities took place.

During the meeting, the Turkish minister spoke about bilateral relations between the two countries and emphasized that the customs authorities play an important role in strengthening these relations.

Pekcan noted that on the sidelines of the upcoming summit of the Turkic Council in Baku on October 14-15, it is planned to sign an agreement on preferential trade between the two countries.

Highly assessing the state of bilateral relations in the political, economic and cultural-humanitarian sphere, Pekcan noted the importance of raising brotherly relations with Azerbaijan to an even higher level.

In turn, Safar Mehdiyev said that a vivid example of the high level of relations between the two countries is the implementation of transport and logistics projects in the region in recent years, carried out on Azerbaijan’s and Turkey’s initiative.

The chairman of the state committee said that the reforms being carried out by Azerbaijani President Ilham Aliyev aimed at preserving and strengthening economic security contributed to the dynamic and rapid development of customs authorities, and emphasized that the business environment was improved, customs procedures were simplified.