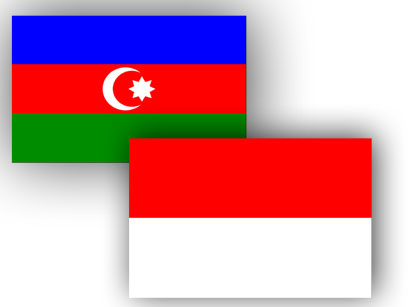 The possibilities of opening an Indonesian Chamber of Commerce in Azerbaijan were discussed, Trend reports referring to the National Confederation of Entrepreneurs (NCP) of Azerbaijan.

The mentioned issue was discussed between Vice-President of the National Confederation of Entrepreneurs Vugar Zeynalov and the Ambassador of Indonesia to Azerbaijan Hildi Hamid.

In addition, issues of holding an online B2B meeting between entrepreneurs of the two countries, meetings with representatives of the NCP in Sabirabad and Beylagan districts on December 10-11, as well as signing a memorandum of cooperation between the National Confederation of Entrepreneurs and a specialized business support organization in Indonesia were discussed.

It is reported that Vice-President of the National Confederation of Entrepreneurs Vugar Zeynalov put forward his proposals for cooperation.

The ambassador stressed that the application of high customs duties on products exported from Indonesia to Azerbaijan had a negative impact on export operations.