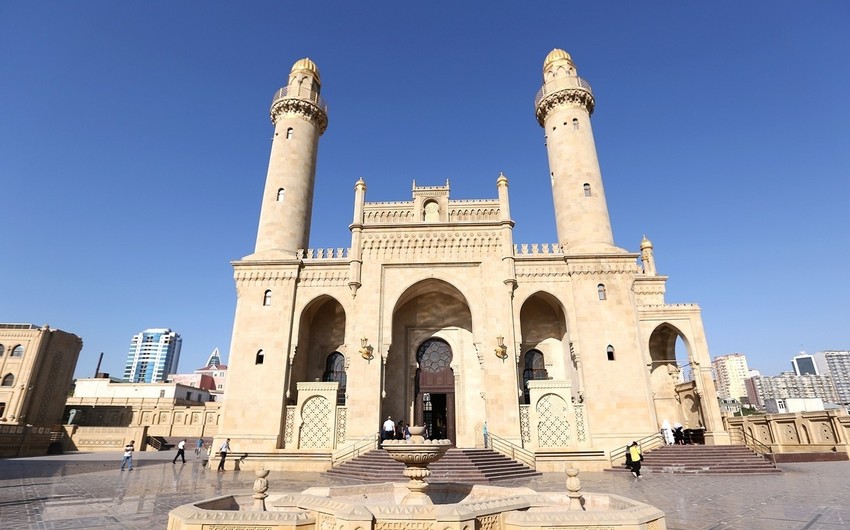 Noting that the OTS, led by Amreyev, has done great and valuable work, CMB Chairman Allahshukur Pashazade spoke about the importance of the steps taken to strengthen the Turkic unity in recent years. Sheikhulislam Allahshukur Pashazade talked about the religious and spiritual relations that are developing and deepening on the basis of historical friendship and fraternal relations between the member states of the OTS. Appreciating the care and protection of the national and moral heritage by the President of Azerbaijan Ilham Aliyev, the Chairman of the CMB Allahshukur Pashazade especially noted the efforts of Azerbaijan, committed to the national and moral values, and fraternal peoples who have a common history and share the same religious and moral values, in the direction of the rise of the OTS.

Sheikhulislam evaluated Amreyev’s visit as the embodiment of the OTS Secretary-General’s respect for Islam.

Bagdad Amreyev, Secretary General of the Organization, especially noted that Sheikhulislam Allahshukur Pashazade, who is the author of the initiative to create the Council of Muslim religious leaders of the member countries of the Organization of Turkic States, made outstanding contributions to the realization of this idea.

Amreyev spoke about the upcoming November summit of the Organization and informed about the work planned for this meeting to be held in Uzbekistan. Bagdad Amreyev especially emphasized the importance of the meeting of Muslim religious leaders of the Organization of Turkic States members to be held in Azerbaijan in October and said he was sure that this meeting would be held at a high level. Emphasizing the unifying role of the Islamic religion and the importance of this shared value for the unity of brotherly Turkic peoples, Bagdad Amreyev drew attention to the fact that without this factor, the Turkic unity may be weak.