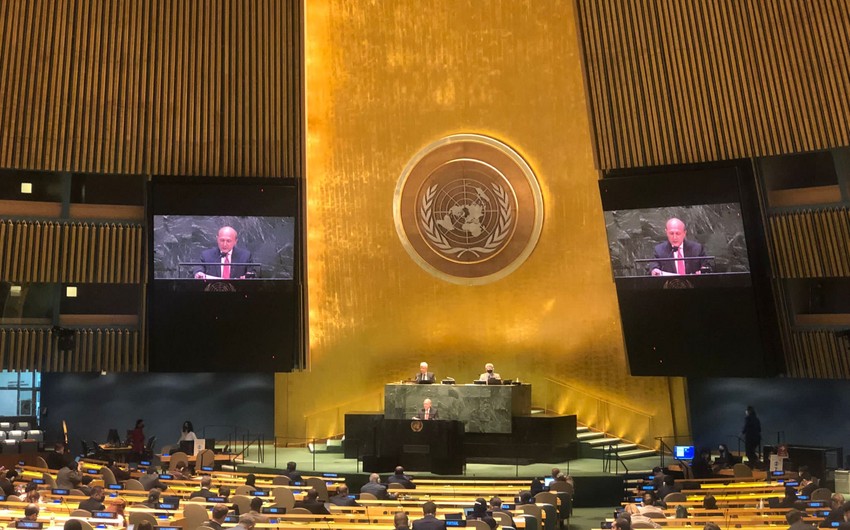 A resolution initiated by Georgia and 57 countries was adopted at the 75th session of the UN General Assembly in New York yesterday, said Georgia’s Permanent Mission to the United Nations.

The document “On the status of IDPs and refugees from Georgia’s Abkhazia and Tskhinvali region / South Ossetia” reaffirms the right of all refugees and IDPs to return to the occupied territories of Georgia.

This year, 80 countries supported the resolution, 14 voted against it, and 70 abstained.

Azerbaijan has once again supported the document on Georgia in such a prestigious international organization as the United Nations. Turkey voted in favor of the resolution, as it did last year, while Armenia did not participate in the voting process again.

The Georgian Foreign Ministry thanked the countries that supported and co-authored the resolution. It means that each country has expressed its support for each of the IDPs and refugees from the occupied territories of Georgia.