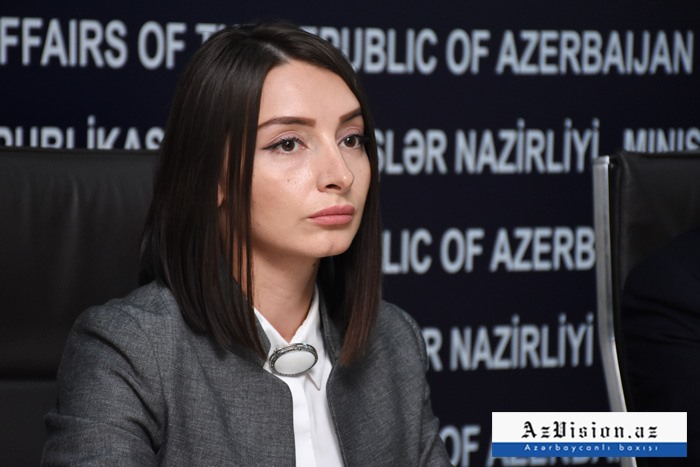 Azerbaijani MFA Spokesperson Leyla Abdullayeva has commented on Armenian-originated fighter’s raising of the “flag” of the illegal regime in the occupied territories of Azerbaijan at UFC competition.

Azerbaijani MFA Spokesperson Leyla Abdullayeva noted that Consulate General of Azerbaijan in Los Angeles has sent a letter of protest to UFC President regarding this issue:

” The letter stated that the illegal regime is the result of Armenia’s military aggression. Unequivocal support of U.S for the territorial integrity of Azerbaijan was also brought to the attention of UFC President. In accordance with the UFC rules, only the flags of internationally recognized countries are allowed to be presented. The Azerbaijani side demanded UFC to take relevant measures against Armenian fighter for attempts to politicize the competition and not to repeat such cases in future.”