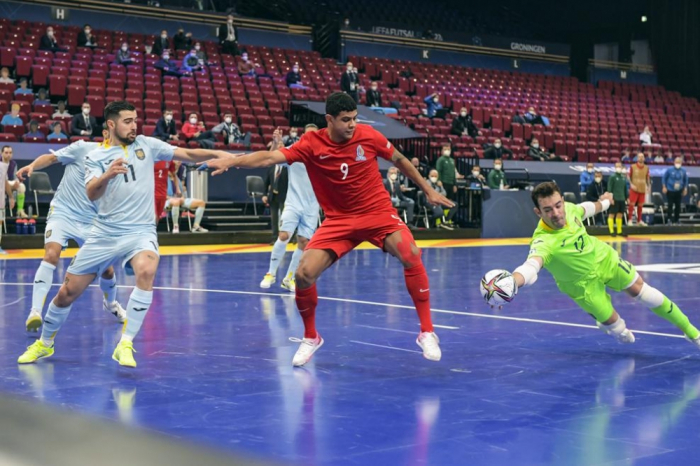 Azerbaijan were held to a 2-2 draw by Spain in UEFA Futsal EURO 2022 Group D.

Azerbaijan knew they could not afford defeat and after soaking up pressure early on, led when Rafael Vilela fired the ball in from the right and Sergio Lozano turned it into his own net under pressure from Isa Atayev. Spain swiftly levelled, Ortiz’s corner picking out the run of Raúl Gómez who powered a strike into the roof of the net. However, it was 2-1 at the break after Vassoura sent Atayev clear to shoot past Didac Plana.

Spain had not lost over 40 minutes in a Futsal EURO match since a group loss to Italy in 2005 (when they had already qualified) and they were not about to let that run end without a fight. Mellado and Cecilio both hit the woodwork before Lozano’s powerful drive made it 2-2. There was a desperate push by Azerbaijan to restore their advantage but they now need not only to defeat Bosnia and Herzegovina but also for Georgia to beat Spain to have any chance of pipping the seven-time champions on goal difference.