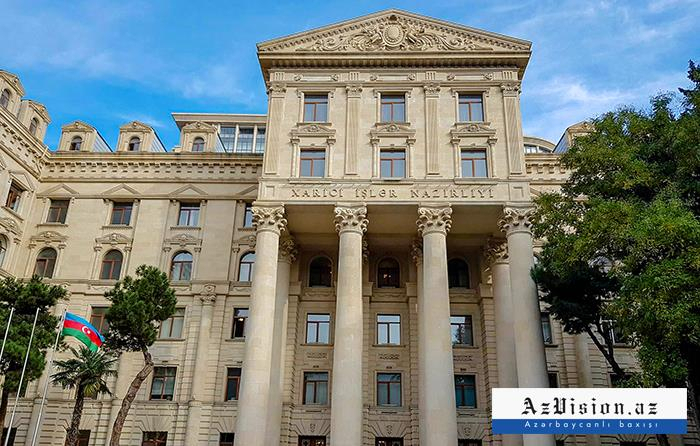 The Azerbaijani State Commission on Prisoners of War, Hostages and Missing Citizens unilaterally handed over the bodies of 30 Armenian servicemen, killed during hostilities in the Nagorno-Karabakh conflict zone, to the Armenian side in the direction of Alibeyli village of Tovuz district on October 29, 2020, the Azerbaijani Foreign Ministry said.

According to the press service, this action was carried out with the participation of the Ministry of Defense and the mediation of the OSCE and the International Committee of the Red Cross (ICRC). A day earlier, 85-year-old Evgenia Babayan to the Armenian side, left helpless by the Armenian Armed Forces during the retreat, was transferred to the Armenian side on the Georgian-Armenian border.

“The above steps, taken unilaterally on behalf of the President of Azerbaijan, based on the principles of humanism, are an indicator of Azerbaijan’s goodwill, as well as the significance of international humanitarian law and human values for our country,” the press service said. “In turn, the Armenian side has once again demonstrated inhumanity by refusing to receive the 84-year-old civilian Misha Melkumyan at the last moment.

“Azerbaijan unilaterally took the humanitarian step, despite the fact that Armenia until now three times grossly violated the achieved humanitarian ceasefire and hindered the exchange of bodies of the dead and detainees. The Russian Ministry of Defense played an exceptional role in the implementation of this step by the Azerbaijani side. The principles of humanism, as always, will continue to be taken by Azerbaijan as a basis”, added the press service.