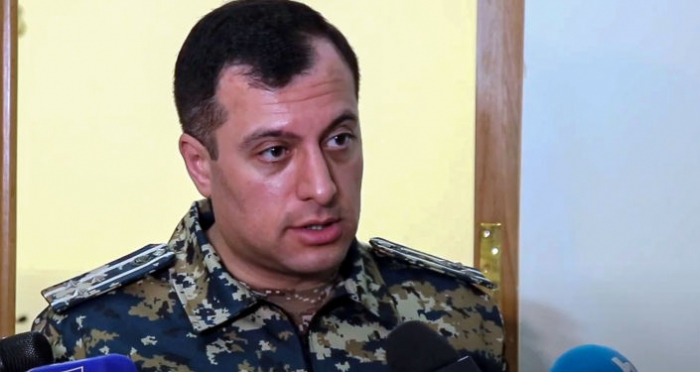 Colonel Boris Avagyan, who held a “position” in the former so-called regime in the Nagorno-Karabakh region, commented on the handover of the maps of the mined areas to Azerbaijan.

Avagyan stated that the Armenian Defense Ministry had previously given him false information about mine maps.

“I once talked to representatives of the Ministry of Defense and they told me that they do not have a map of mined areas because there is no accurate map of the districts because they were mined in the 90s”, Avagyan noted.

The colonel also said that although they had been negotiating with Azerbaijan for seven months, they could not find those maps. How did they manage to find an accurate map from the Ministry of Defense?

“If all the maps were presented, not only 15 people but also other “prisoners of war” would have returned to Yerevan. Negotiations have been very hard because we have never offered anything to Azerbaijan. When we previously got back the prisoners, we did not give anything to Azerbaijan in return,” he highlighted.

The Armenian colonel believes that it would take 15 years for Azerbaijan to fully restore Agdam:

“Thanks to Pashinyan, Ilham Aliyev will save millions of dollars here. If you do not have an accurate map, you have to spend at least $ 1,000 to clean a small area. There are hundreds of thousands of such special areas in Agdam. They saved $ 1 million. Pashinyan changed this reality not only with all the captives but also with 15 people.

Avagyan asked where the United States had been for the past seven months while commenting on the mediation of the process by the US and Georgian authorities: “Why did they appear a week before the elections?”