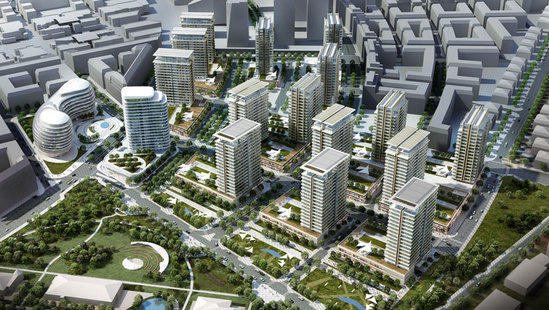 Azerbaijan’s State Committee on Urban Planning and Architecture continues to work on master plans and detailed planning projects for country’s cities and towns, Chairman of the state committee Anar Guliyev said at the committee meeting on the results of 2019, Trend reported on Jan. 24.

Read more:   Maduro blames the US, but is it possible?

Guliyev added that plans of these cities were prepared by order of local executive authorities.

Chairman Guliyev also touched on the preparation of Baku master plan that continues at Azerbaijan’s State Committee for Urban Planning and Architecture.

Guliyev noted that comprehensive work on the development of the master plan last year was carried out in accordance with the established timeline on the basis of the Baku Development Concept with the assistance of the Boston Consulting Group (BCG) international company (specializing in management consulting), which was involved by the committee in 2018 as a partner.

“The well-known urban planning company AS+P, headquartered in Germany, selected as a result of the international tender, began technical work on strategic and multi-level planning of the territory, as well as distribution according to key development indicators and coordination of the preparation of the Baku master plan,” the chairman added.

“During the committee’s four expanded meetings of interdepartmental working groups in the reporting period and about 70 bilateral meetings of local and international experts, the proposed initiatives on the main principles of the city’s future development were discussed and the main approaches to urban planning of Baku were agreed upon,” Guliyev said. “Completion of the draft master plan of Baku is expected by the end of this year.”