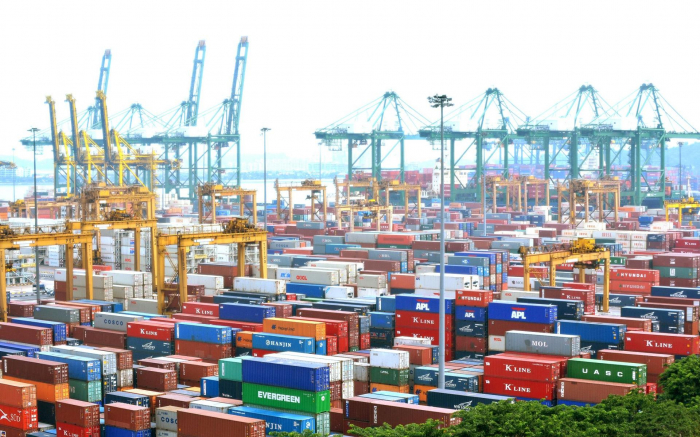 Azerbaijan’s share in Germany’s trade with the South Caucasus countries accounted for more than 70 percent, and during the first nine months of this year, it rose to 80 percent, Azerbaijani Deputy Economy Minister Rufat Mammadov said.

He was speaking as part of the first German-Azerbaijani Business Dialogue in Berlin, Azerbaijan’s Economy Ministry said in a message.

Mammadov said that over 200 companies with German capital are registered in Azerbaijan, and Germany invested $560 million in Azerbaijan, 96 percent of which accounted for the non-oil sector.

He reminded that Azerbaijan successfully cooperates with the German organization “GIZ”, the KfW Development Bank.

“There are great opportunities between the two countries for expanding cooperation in the fields of energy, agriculture, transport, education, pharmaceuticals, mechanical engineering,” Mammadov said.

Read more:   Over 200 people die across Iran in recent weeks from alcohol poisoning

The event was held with the participation of more than 100 Azerbaijani and German companies. The meeting participants discussed issues of expanding cooperation between the business circles of the two countries, establishing bilateral relations with potential partners and business opportunities.

The speakers emphasized the importance of mutual high-level visits in expanding cooperation, the development of trade and economic relations between the two countries and the role of Azerbaijan in ensuring Europe’s energy security.

During the visit, Mammadov met with co-chairman of the Azerbaijan-Germany High-Level Working Group, head of the external economic policy division at the German Federal Ministry for Economic Affairs and Energy Eckhard Franz.

At the meeting, the sides highlighted broad possibilities for cooperation in the fields of energy, agriculture, transport, education, pharmaceuticals, mechanical engineering, etc., and an exchange of views on the expansion of economic ties took place.