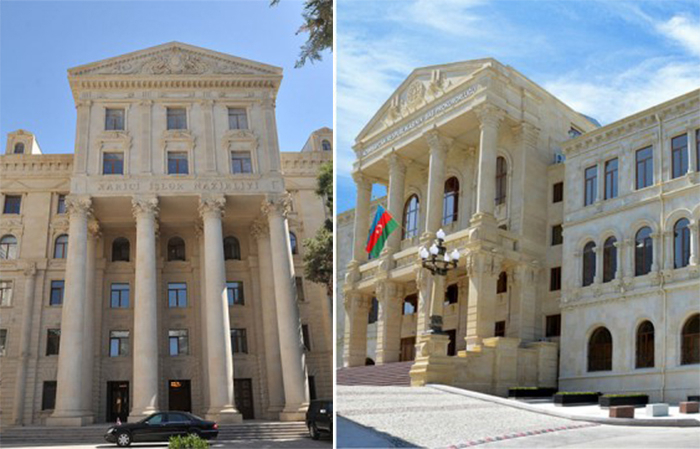 The Prosecutor General’s Office and the Ministry of Foreign Affairs of Azerbaijan issued a joint statement on the large-scale provocations committed by the Armenian Armed Forces that subjected civilians, numerous houses and objects, as well as household premises to intensive artillery fire since September 27.

On September 27, at about 06:00, the Armenian side committed another aggression against Azerbaijan shelling the positions of the Azerbaijan Army along the entire length of the front and Azerbaijani human settlements located in the frontline zone with large-calibre weapons, mortars, and artillery mounts of various calibres. As a result of military aggression by the Armenian Army on September 27-29, Azerbaijan’s Terter, Aghdam, Jabrayil regions, as well as Goranboy, Dashkesen, and Naftalan regions were subjected to the artillery fire by the Armenian Armed Forces. Armenia continues to deliberately fire at civilians, numerous houses and objects, as well as household premises grossly violating its commitments under the Geneva Conventions, and neglecting the basic norms and principles of international humanitarian law. According to the report, 10 Azerbaijani civilians were killed and 30 wounded as a result of intensive artillery fire by Armenia until now. 13 years old and 14 years old children are among the killed civilians”.