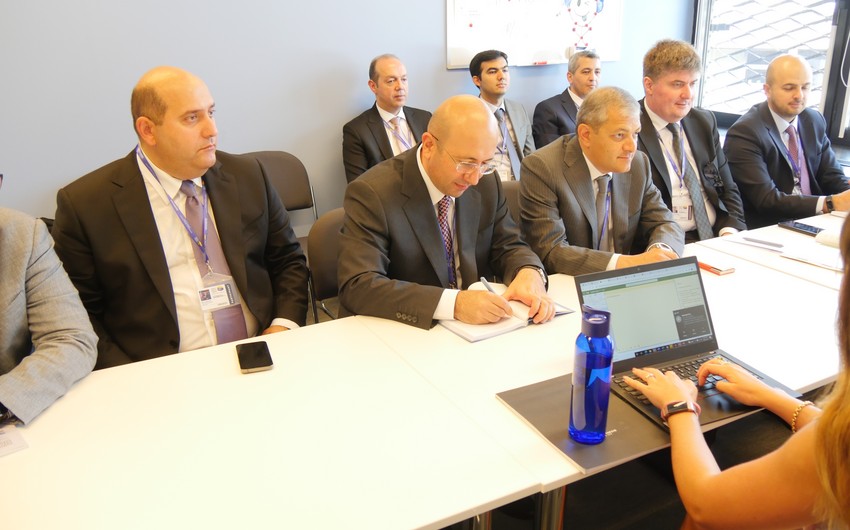 Former internally displaced persons are tired of waiting, they want to return to their homes, from which they were expelled 30 years ago due to Armenian aggression.

According to Report’s correspondent sent to Poland to participate in the World Urban Forum, such thoughts were voiced during the meeting of the Azerbaijani delegation participating in the forum with representatives of the United Nations Human Settlement Program (UN-Habitat) and the URBAN lab project to support urban development.

“People are tired of waiting, they want to return to their native lands. The experience of the UN Human Settlement Program will be very useful,” said Emin Huseynov, the president’s special representative in the liberated territories of the Karabakh economic region (except for the city of Shusha).

He added that the motto of the 11th session of the World Urban Forum is “Transforming our Cities for a Better Urban Future,” but Azerbaijan faces a much more difficult task – the restoration of cities destroyed during the occupation. He reminded that during the Armenian occupation, nine Azerbaijani cities were completely wiped off the face of the earth.

Read more:   The Minister of Defense visited military units deployed in the Kalbajar and Lachin regions

Special Representative of the President of Azerbaijan in Zangilan Vahid Hajiyev spoke about the infrastructure projects currently being implemented in this liberated region, about the restoration of transport and railway routes. He added that the construction of the second airport in Zangilan, which is being built on the territories liberated from occupation, is planned to be completed in September-October this year.

Hajiyev also spoke about the implementation of the “smart city/village” concept in the Zangilan district, noting that Aghali, the first such settlement, had been recently put into operation. “For us, the priority is to create infrastructure and comfortable conditions for people to live there,” he added.

Azerbaijani Presidential Special Representative for the Shusha district Aydin Karimov noted the historical importance of the city of Shusha, saying that work is currently underway to restore the destroyed historical and cultural heritage of the city. Karimov said that the experience of UN-Habitat in the issue of urban reconstruction would be especially useful.