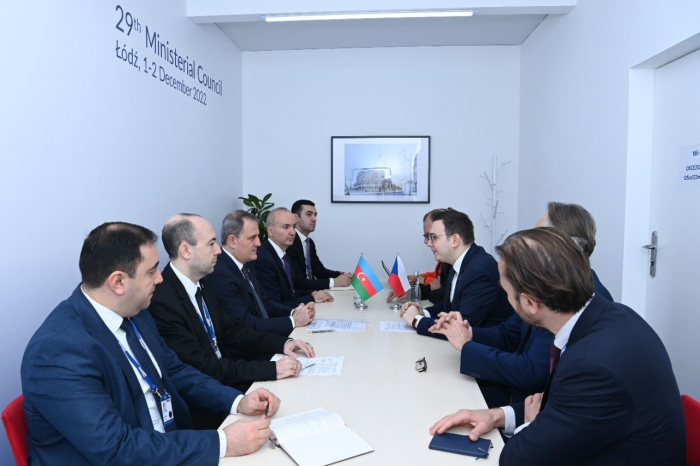 During the meeting, satisfaction with the dynamic development of bilateral relations between Azerbaijan and the Czech Republic was expressed, and it was noted that the current relations are of the nature of a strategic partnership.

Jeyhun Bayramov mentioned that there is a huge potential for the further development of cooperation between the two countries.

The sides noted the importance of continuing political consultations between the two countries and exchanged views on a number of areas, including energy security, and prospects for the development of cooperation in the economic and trade spheres.

Read more:   Russian MFA: Several political forces had negative mood to presidential election in Azerbaijan even before it started

Jeyhun Bayramov informed the Czech minister about the post-conflict situation in the region, Azerbaijan’s efforts to build peace there, the repair and restoration work that is underway on the liberated territories, and the mine threat in the region.

“The potential of Azerbaijan’s green energy also is available. It has been already confirmed. Only…