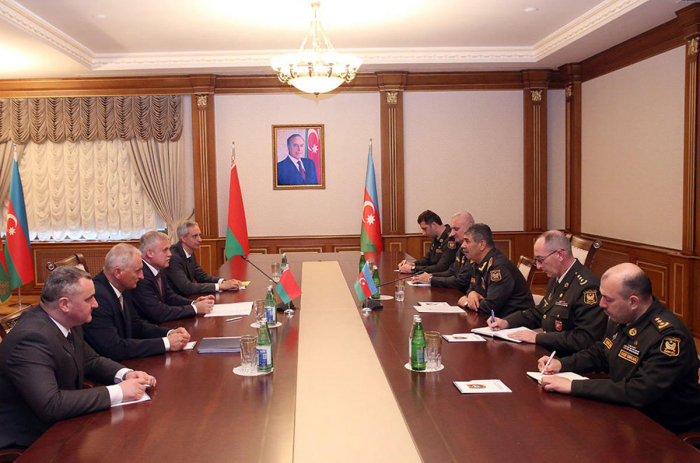 Azerbaijan’s defense minister, Colonel General Zakir Hasanov has met with a delegation headed by State Secretary of the Security Council of Belarus Stanislav Zas who is on a visit to Azerbaijan, the Azerbaijani Defense Ministry reported.

The parties emphasized that the high level of relationship between the two countries and the friendly relations of the heads of the state create a solid foundation for the development of bilateral cooperation.

During the discussion of further actions that serve to develop military cooperation and strengthen relations between Azerbaijan and Belarus, the contribution of the two states to regional security was especially highlighted.

The minister of defense speaking about the great potential for the realization of joint projects in various areas, in particular in the military, military-technical and military-educational fields, emphasized the importance of this meeting and expressed confidence in further strengthening of bilateral cooperation.

Zas expressing satisfaction with the development of bilateral relations noted the prospects for expanding ties between Belarus and Azerbaijan, including the further development of cooperation in the military sphere.

During the meeting, a number of other issues of mutual interest were discussed in detail.