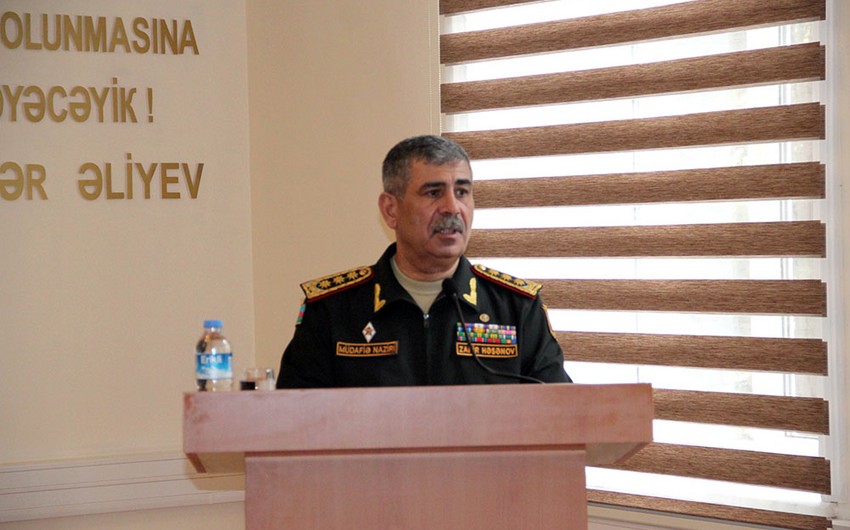 The Minister of Defense gave relevant instructions to be ready at any time to prevent possible provocations of revanchist forces.

At the meeting, the operational conditions on the Azerbaijani-Armenian state border and the Karabakh economic zone were extensively analyzed, and concrete tasks were given to strengthen the material, technical, and combat support of the units, to improve the service combat activities of military personnel, and also to increase the vigilance of personnel.

The Minister of Defense positively assessed the activity of the newly established Operations Commando military units, as well as their manning.