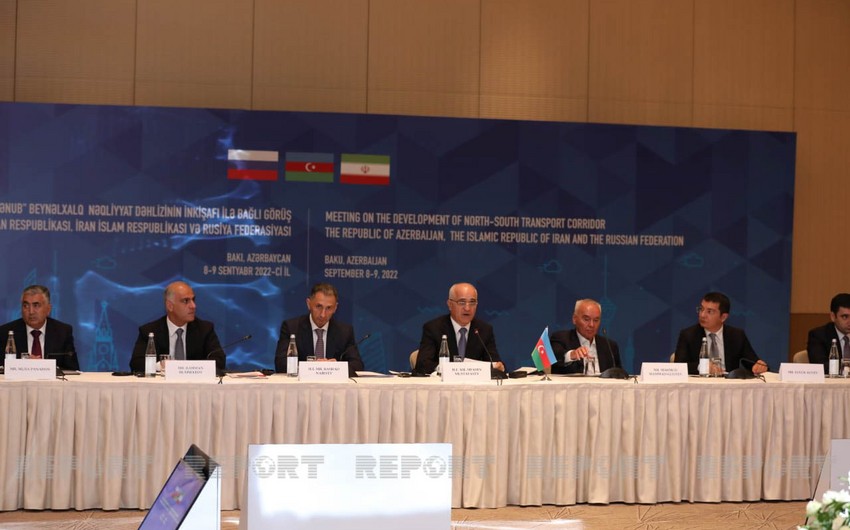 According to the declaration, the parties express their willingness to cooperate in the assessment and analysis of infrastructure and transport opportunities to fully exploit the potential of the corridor and take into account the proposed goals of 30 million tons of transit and two-way cargo between the territories of the 3 countries by 2030.

The parties stressed the importance of creating a Joint Working Group to deal with the issues of facilitating transport and transit operations and procedures through their territories in the context of the development of the corridor and expressed the intention to hold the first meeting within a month. In addition, the parties state that they intend to prepare a draft agreement on the Rasht-Astara railway project within a month and start negotiations by the end of 2022.