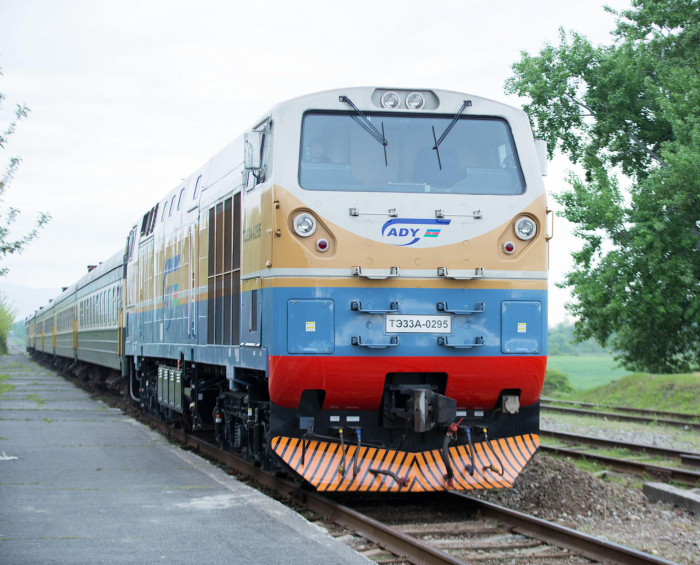 Gurbanov made the remark in Baku at the board meeting on the results of 2019, according to Trend.

“Among these initiatives are the process of reviewing the Baku-Tbilisi-Kars passenger train, opening of the Sabunchi railway station, commissioning of the Sabunchi-Pirshagi branch of the Absheron ring railway and launching of a tunnel in Pirshagi settlement in Sabunchi district of Baku on December 29,” the chairman said.

Azerbaijani President Ilham Aliyev participated in the opening ceremonies of these facilities, the chairman said.

“The Azerbaijani president signed orders on additional measures for the construction of the Laki-Gabala railway and the design of the Khudat-Shahdag railway in 2019,” Gurbanov added.

“There was a 9.1-percent increase in freight transportation in 2019 compared to 2018, which was achieved through transportation of non-oil products,” the chairman said.

“An increase of 39.2 percent was observed in transit transportation of non-oil cargo in 2019 compared to 2018,” the chairman added. “The volume of transit goods increased by 24.7 percent.”

“The growth in cargo transportation via the Baku-Tbilisi-Kars railway reached 42 percent,” the chairman said.

The volume of goods transported through the Astara terminal within the North-South international transport corridor increased by 38 percent compared to the previous periods,” Gurbanov said.

“An average of 15,000 passengers are transported in the Baku-Sumgayit and Baku-Pirshagi directions a day,” Gurbanov added.

“Seventeen stations and 15 stops have been constructed on the Absheron ring railway, the rest are under completion,” the chairman said. “Some 15 automobile tunnels were designed at level crossings to ensure traffic safety, eight of which were commissioned. The repair and installation work is underway in seven tunnels.”

“In accordance with the Global Competitiveness Report of the World Economic Forum for 2019, Azerbaijan’s railways ranked first in terms of efficiency index among the CIS countries and 11th among 141 countries upon this index,” Gurbanov said.

Gurbanov added that the projects in Gabala and Shahdag remain a priority this year.