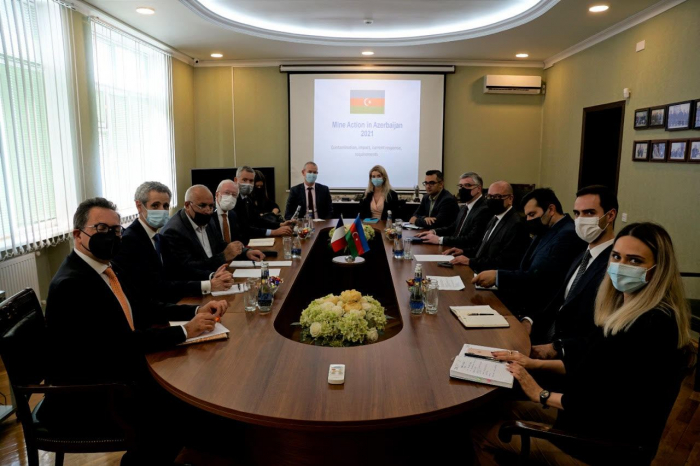 Azerbaijan plans to sign a document with France in connection with demining of its territories liberated from Armenian occupation [in the 2020 Second Karabakh War] on Oct.16 citing the Azerbaijani Mine Action Agency.

At the meeting, information was provided on the demining operations carried out by the agency in the liberated territories of Azerbaijan.

The main purpose of the visit of the French delegation is a possible contribution to the humanitarian demining activities carried out in Azerbaijan, studying the needs of mine victims and discussing the necessary support in this area. In the near future, it’s planned to sign a document on the relevant bilateral cooperation.

Read more:   Azerbaijan is one of the exemplary countries, says Ilham Aliyev

Following the liberation of its lands, Azerbaijan from Nov. 2020 started carrying out operations on clearing its lands from mines, booby traps, and various weapons left behind by the Armenian troops.