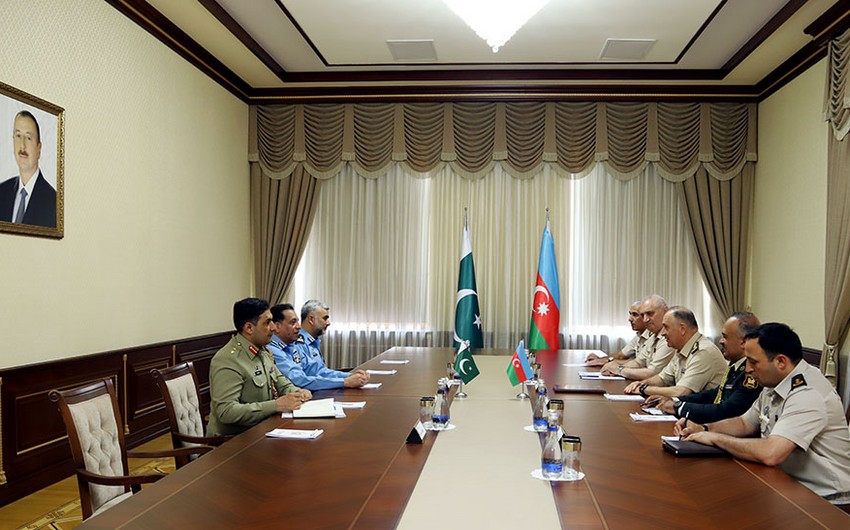 On June 29, First Deputy Minister of Defense of the Republic of Azerbaijan – Chief of the General Staff of the Azerbaijan Army, Colonel General Karim Valiyev, met with a delegation led by the Commander of the Air Force of the Islamic Republic of Pakistan, Air Marshal Zaheer Ahmad Babar Sidhu, Report informs, citing the Azerbaijani Defense Ministry.

Welcoming the guests, Colonel General Karim Valiyev expressed satisfaction with the level of traditional friendly and fraternal relations between the two countries. The Chief of the General Staff stressed the importance of further expanding cooperation between Azerbaijan and Pakistan in the fields of security, defense, military, military-technical and military-educational spheres, as well as intensifying mutual visits at the level of expert groups.

Expressing satisfaction with the visit to Azerbaijan, the Commander of the Pakistan Air Force, in turn, stressed the importance of holding such meetings and expanding mutual ties in strengthening relations between the countries.

The meeting also discussed conducting joint exercises and other issues of mutual interest.