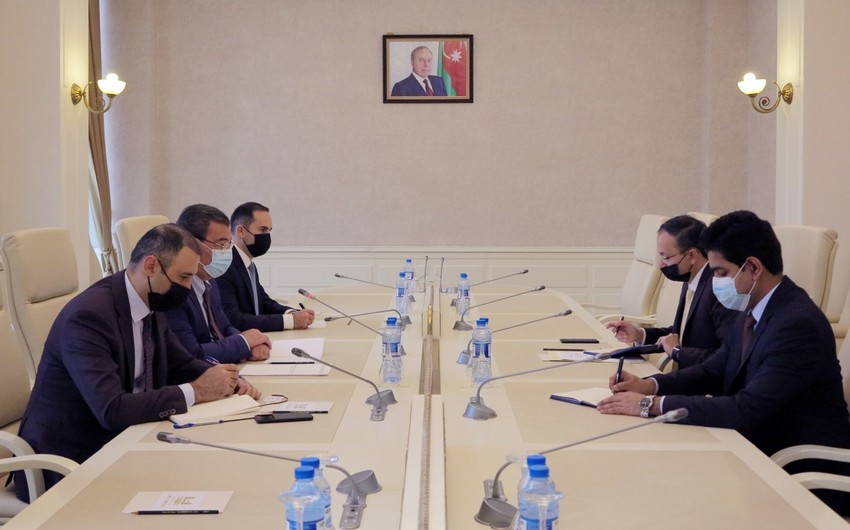 Addressing the meeting, Samad Seyidov said that Azerbaijan and Pakistan are united by common values, fraternal relations and theyare at the level of strategic alliance.

The chairman of the committee stressed that Azerbaijan attaches special importance to the further development of relations with Pakistan. He praised Pakistan’s resolute, political and moral support, both during the occupation of Azerbaijani lands by Armenia and in the 44-day war to restore the territorial integrity of Azerbaijan.

The sides expressed satisfaction with the development of relations between the two countries. It was noted that the existence of close ties between governments and peoples is also reflected in the relations of the supreme legislative bodies. The importance of holding the First Tripartite Meeting of the Speakers of the Parliaments of Azerbaijan, Turkey and Pakistan, establishing a trilateral parliamentary cooperation format and signing the Baku Declaration was emphasized in order to further expand these relations.

The committee chairman spoke about the new realities in the region after the war, Azerbaijan’s economic cooperation proposals that will benefit the countries of the region and initiatives to establish lasting peace.

Ambassador of the Islamic Republic of Pakistan to Azerbaijan Bilal Hayee welcomed the restoration of Azerbaijan’s territorial integrity and the creation of new development opportunities in the region.

The meeting discussed prospects for the development of inter-parliamentary relations, emphasizing the importance of expanding political, economic, trade and cultural cooperation on various platforms.