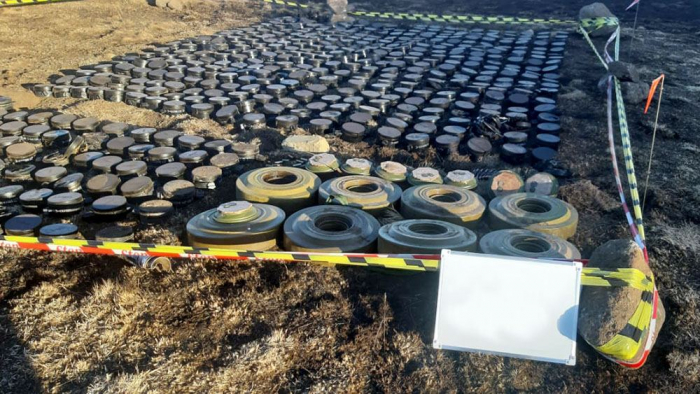 The Azerbaijan Army’s engineer-sapper units continue the process of clearing the territories and supply roads mined by the sabotage groups during a large-scale provocation committed by the Armenian armed forces, according to the Azerbaijani Defense Ministry.

259 PMN-E anti-personnel mines detected in the Alagollar area of the Kalbajar region were neutralized by following safety regulations.

By September 28, the Alagollar area of the Kalbajar region was cleared of a total of 543 PMN-E anti-personnel and 8 TM-62 anti-tank mines.