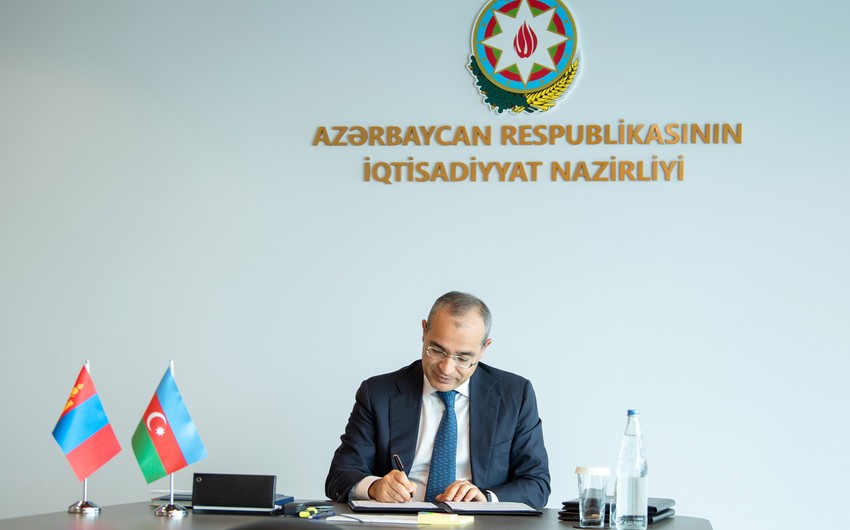 Azerbaijan and Mongolia have signed an agreement on trade and economic cooperation.

The agreement provides for the improvement of the legal framework in the field of economic cooperation with Mongolia in various spheres of the economy, including industry, energy, agriculture, trade, investment, transport and transit, tourism sector, etc.

At the meeting in video format, the minister of economy noted the development of Azerbaijani-Mongolian political and economic ties, the special role of high-level meetings in the development of the partnership. The minister informed about the reforms being carried out in Azerbaijan, the favorable business and investment climate, the work carried out towards the reintegration of the liberated territories into Azerbaijan’s economy with the attraction of local and foreign investments. The minister invited Mongolian companies to participate in projects implemented in Azerbaijan, stressing the importance of expanding ties among businessmen.

The foreign minister of Mongolia expressed interest in expanding ties with Azerbaijan and shared her opinion on the development of economic cooperation.

TABIB: Applying health care practices of developed countries in Azerbaijan is one of main goals

Vugar Gurbanov, Acting Chairman of the Board of TABIB, met with representatives of the World…

The organization of Turkic States has sent 611,200 doses of coronavirus vaccine to Burkina Faso…