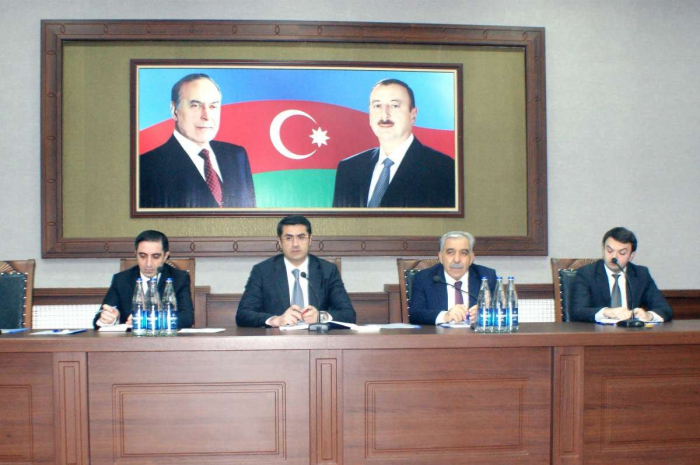 Reforms of the customs system of Azerbaijan are being carried out in several directions said Deputy Chairman of the State Customs Committee of Azerbaijan General major of Customs Service Bahruz Guliyev on December 5.

Bahruz Guliyev made the statement during a meeting with foreign trade participants in the Main Department of Nakhchivan Customs.

Guliyev stated that innovations for trade facilitation and the implementation of information technologies are being carried out with international experience in mind. The control system is also being strengthened. It was also mentioned that the activities of the customs authorities are being synchronized with those of other relevant state institutions.

The work that is underway in this direction is going to increase the efficiency of combating customs offenses. The organization of initial information exchange about goods and vehicles with customs authorities from other countries will allow attempts to avoid paying customs duties and taxes to be eliminated.

Read more:   Month of Muharram to begin on September 1

Vugar Aliyev, Acting Head of Nakhchivan’s Main Customs Department, informed the entrepreneurs about the enhancement of customs, noting that the main goal is to facilitate and accelerate import-export operations and provide transparency of customs operations.

At the end of the meeting, which was held in the form of discussions, detailed answers were given to questions of interest to entrepreneurs, many issues were resolved on the spot, and proposals were listened to.