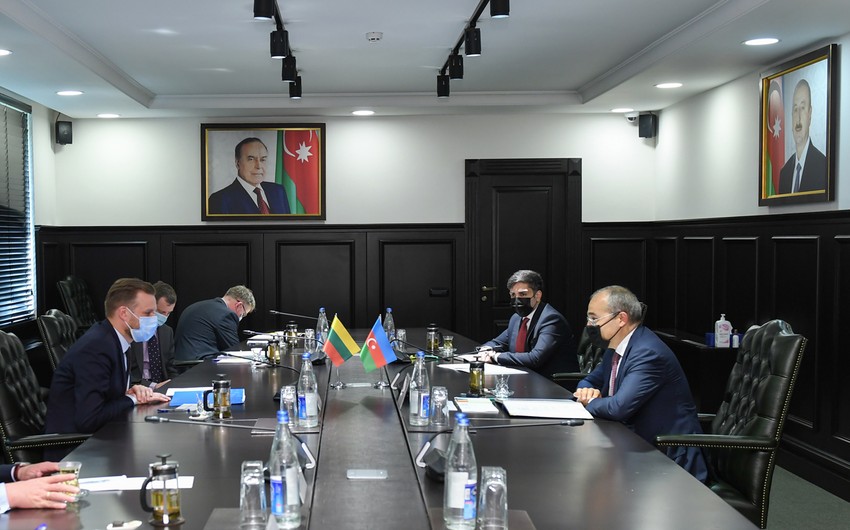 It was noted at the meeting that the political and economic relations with Lithuania are developing, and work is being done to improve the cooperation. The two countries also cooperate within the Eastern Partnership Program. The Intergovernmental Commission on Bilateral Cooperation between the Government of the Republic of Azerbaijan and the Government of the Republic of Lithuania contributes to the deepening of economic and trade relations and supports the implementation of projects in various fields through this platform.

The Minister said that Azerbaijan is interested in expanding economic ties with Lithuania. Despite the pandemic, the trade between the two countries increased in 2020 and the first quarter of this year.

The Lithuanian Foreign Minister shared his views on the development of economic relations.