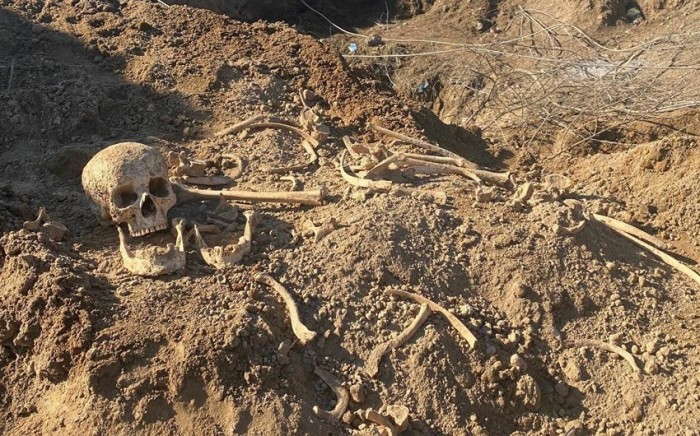 The Aghdam District Prosecutor’s Office initiated an investigation over the appeal on the murder of several Azerbaijani citizens by the Armenian military servicemen in the Aghdam district’ Sarijali village on July 24, 1993.

On November 22, the prosecutor’s office employees conducted excavations jointly with a forensic medical expert along the Aghjabadi-Aghdam highway passing through the Sarijali village.

During excavations, as many as 15 human remains were found and sent for examination.

The investigation is currently underway.

Kiev’s membership in the US-led military bloc is not on the table for now, the…

Despite ruling out talks with Moscow, the Ukrainian leader seemingly uses his French counterpart as…