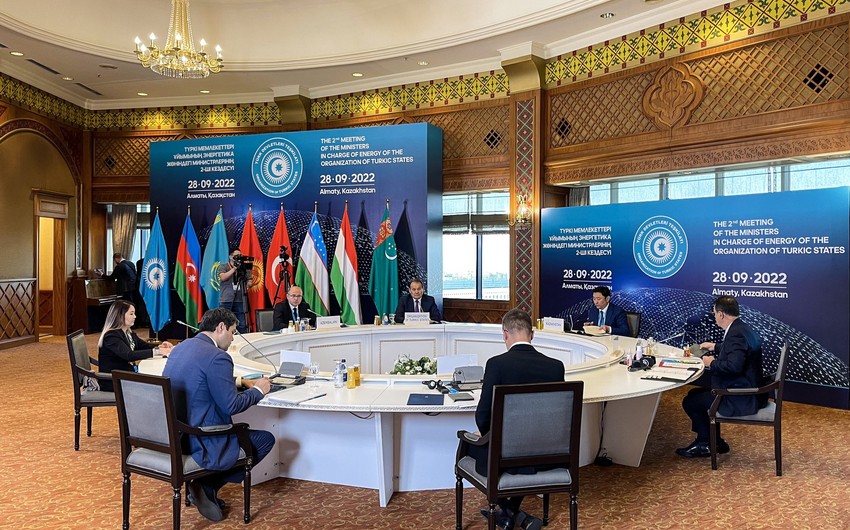 According to him, these countries have invested $13.8 billion in the economy of Azerbaijan, while Azerbaijan has invested $21.3 billion in the member states.
The minister assessed OTS as an effective cooperation platform, of which strategic importance is increasing in modern geopolitical and energy security realities. He noted that the recent intensified mutual visits of the leaders of the Turkic states, the deepening of the relations between these countries, and the increase in the level of alliance serve to strengthen the Turkic unity.

He said that the transmission of electricity via the Zangazur Corridor and the Black Sea undersea power line through Turkiye will ensure the energy unity of the Turkic states, as well as their integration with Europe. In this regard, the prospects of Baku-Tbilisi-Ceyhan (BTC) and the Southern Gas Corridor were brought to attention.

“The role of TANAP and TAP in diversified and sustainable energy supply has made it necessary to renew the EU’s strategic energy partnership with Azerbaijan and increase exports to Europe to 20 billion cubic meters by 2027. The expansion of the Southern Gas Corridor not only strengthens the positions of Azerbaijan and Turkiye in ensuring energy security in a wide geographical area but also creates opportunities for brotherly countries to access new markets,” Shahbazov said.

According to Shahbazov, Turkiye has been supplied with 9.6 billion cubic meters of natural gas and Europe with more than 16 billion cubic meters of natural gas with TANAP and TAP since last year. The minister also emphasized the importance of the participation of the Turkic states in the transformation of the Karabakh region into a “green energy” zone and the importance of active cooperation in the fields of renewable energy and energy efficiency.