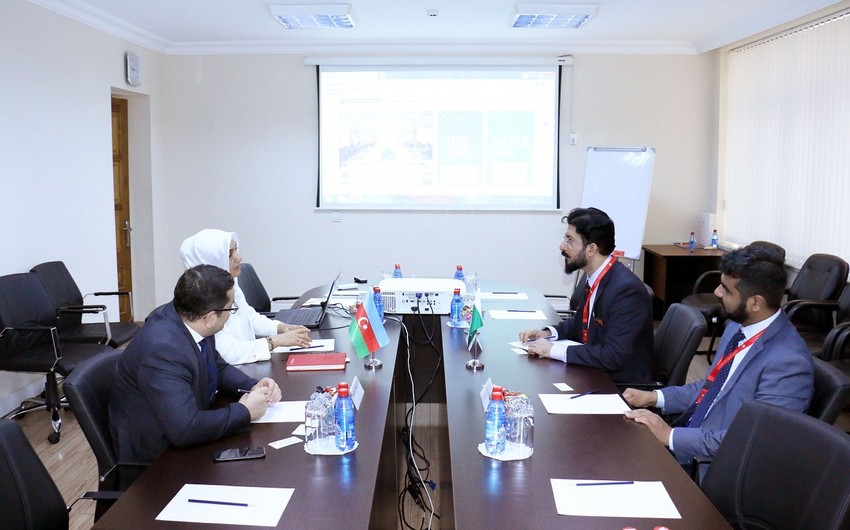 The establishment of cooperation relations between Azerbaijan and the countries of the “East-West” transport corridor, including Pakistan, which will help increase the trade turnover, is of great importance, officials of the Center for Economic Reforms Analysis and Communication said at the meeting with the delegation led by Sultan Ahmad Ali, Chairman of a research think-tank MUSLIM Institute of Pakistan, who is on a visit to Azerbaijan, Report informs.

The department heads at the Center, Vusala Jafarova and Rashad Huseynov, informed the guests about the cooperation with the think tanks of Pakistan in regional trade, logistics, and energy, as well as economic reforms conducted in the country. At the same time, they spoke about the impact of the Zangazur Corridor on the regional trade and transit routes.

Sultan Ahmad Ali, the chairman of “MUSLIM Institute,” added that the institution he leads, as a research think-tank to promote peace and stability in the Muslim world, brings together researchers, politicians, and intellectuals to investigate economic, security, political, social, health and energy problems. He said that “MUSLIM Institute” carries out numerous initiatives to emphasize the dynamics of modern problems the world is facing, investigates the causes and consequences of these problems, and recommends solutions.