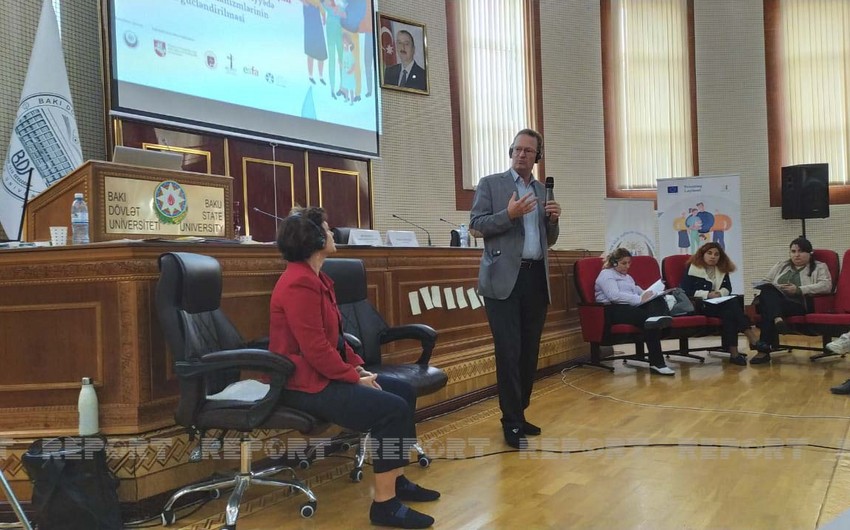 A training session for journalists on “Media Coverage of Domestic Violence” was held in Azerbaijan, Report informs.

The event took place within the European Union twinning project “Strengthening support to victims of domestic violence in Azerbaijan.”

On the first day of the training, Austrian experts Manuela Hargassner-Delpos and Thomas Heinlen informed the participants about the current situation with domestic violence, the role of journalists in disseminating information on this issue and the concept of gender-based violence, and exchanged views.

The training will run from October 19 to October 22. The training is conducted jointly by the Azerbaijani State Committee for Family, Women and Children Affairs, the Media Development Agency and the European Union.