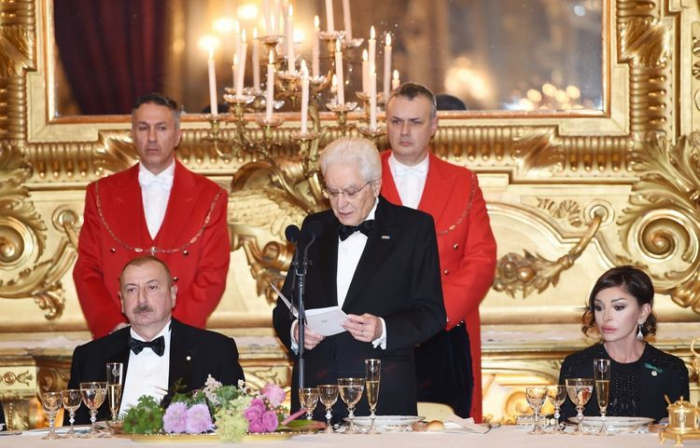 ‘Azerbaijan has become the most important part of the modernization process during the previous century,’ Italian President Sergio Mattarella said at a state dinner hosted by Italian president at the Quirinale Palace in Rome.

‘After the independence, Azerbaijan has gained a reputation as one of the most prosperous country of the region and co-existence model of various cultures, ethnic groups and religions,’ Italian president added.

‘This is an example of tolerance and a peaceful coexistence that is based on a short but very important historical experience of the Democratic Republic of Azerbaijan, one of the first countries to give women the right to vote in the early part of the last century,’ Mattarella noted.

Always providing its subscribers with high-quality and uninterrupted internet, Nar observes remarkable growth in the…

Azerbaijan is ready for new technologies and innovations, said Azerbaijan’s President Ilham Aliyev during the…