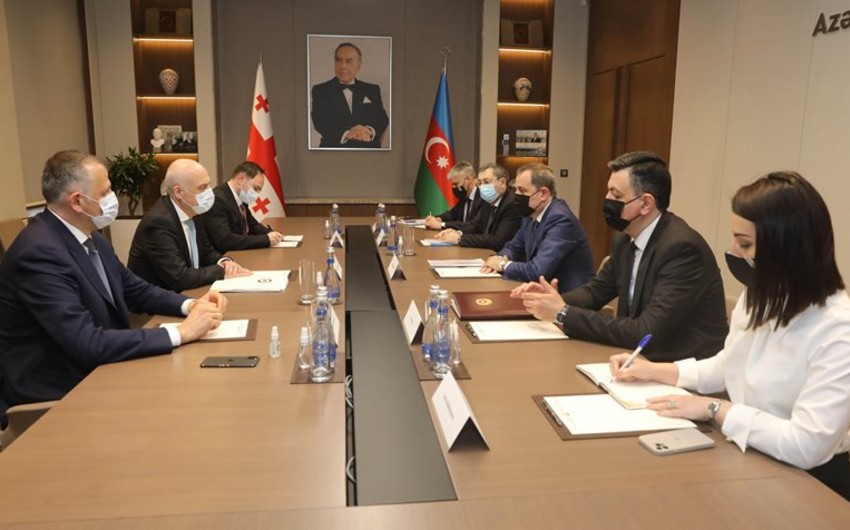 The foreign ministers of Azerbaijan and Georgia, Jeyhun Bayramov and David Zalkaliani, have held a meeting in Baku to discuss bilateral relations, reads the statement of the Georgian Foreign Ministry, the Georgian bureau of Report informs.

The parties noted that the development of strategic partnership and its reaching a qualitatively new level is a key priority for both countries.

The parties exchanged views on current events in the region, as well as on strategically important projects with the participation of Georgia and Azerbaijan, aimed at developing the region.

The ministers also discussed the process of delimitation and demarcation of the Georgian-Azerbaijani border and the possibility of resuming the work of the commission. They expressed readiness to organize a meeting of the commission in the near future.