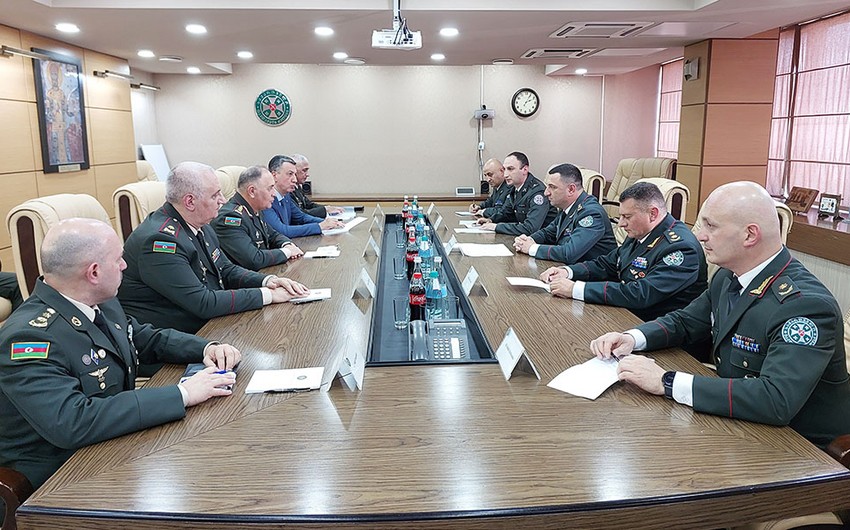 On September 28, the First Deputy Minister of Defense – Chief of the General Staff of the Azerbaijan Army, Colonel-General Karim Valiyev visited the command of the Defense Forces of Georgia. The sides discussed the issues of expanding military cooperation.

Report informs, citing the Ministry of Defense, that first, an official welcoming ceremony was held. After that Colonel-General Valiyev passed in front of the honor guard, and the national anthems of both countries were played. The “Book of Honor” was signed, according to the protocol.

Then Colonel General Valiyev met with the Commander of the Defense Forces of Georgia, Major-General Giorgi Matiashvili.