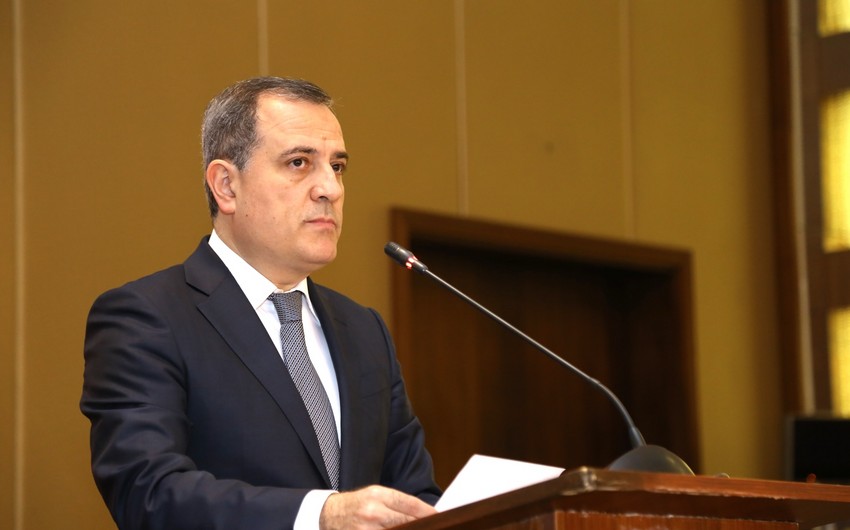 The main goal is to end the occupation of the Azerbaijan territories and restore the territorial integrity of our country. Armenia has seized these territories and refuses to liberate them. We have been negotiating a peaceful settlement of the conflict under the auspices of the OSCE since 1992. The Azerbaijani side has always emphasized our commitment to this format.”

The Minister of Foreign Affairs of the Republic of Azerbaijan, Jeyhun Bayramov, told with the Russian magazine “National Defense.”

“Unfortunately, till today, we have not seen any constructive approach from the Armenian side. Armenia rejected UN Security Council resolutions, decisions of the OSCE and other organizations. The Armenian leadership delayed the negotiation process by hook or by crook, rejecting the agreements already reached at the negotiating table and staging regular armed provocations in the conflict zone. Such a state could not last forever, ” the Foreign Minister added.

Read more:   SpaceX is about to launch a historic mission with actual people on board crew dragon

Bayramov stressed that Azerbaijan has no territorial claims to Armenia. “We do not violate borders, do not conduct military operations against it. The Armed Forces of Azerbaijan operate exclusively on Azerbaijan’s territory within our country’s internationally recognized borders. Our measures are based on Article 51 of the UN Charter on the right to self-defense, the basic norms, and international law principles.