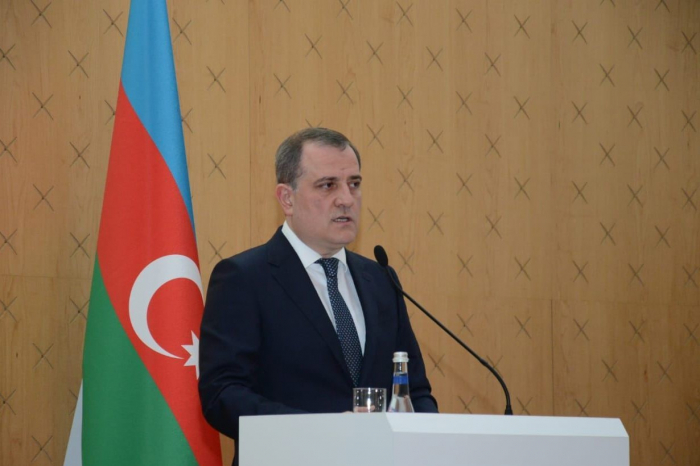 Azerbaijan expects mutual steps from Armenia towards achieving peace, Azerbaijani Foreign Minister Jeyhun Bayramov said at the 25th meeting of the Council of Foreign Ministers of the Economic Cooperation Organization (ECO) on November 27, 2021, according to the ministry.

Bayramov said: “The 2020 second Karabakh war changed the situation in the region and shaped new realities. Azerbaijan, based on the relevant resolutions of the UN Security Council [which were adopted back in 1993 and demanded from Armenia to withdraw its armed forces from Azerbaijan’s Karabakh region and seven surrounding districts], ensured its territorial integrity, and restored the right of about a million Azerbaijani internally displaced persons to live on their lands”

“Achieving peace, development and progress is the fundament of Azerbaijan’s vision of the future. At this stage, full implementation of the trilateral statements [of the leaders of Azerbaijan, Russia and Armenia following the second Karabakh war] is necessary,” he said.

Read more:   Turkish president calls on Armenia to show sincere will to solve problems with Azerbaijan

“According to the trilateral statements, including the statement signed on November 26 [at the recent meeting of the three countries’ leaders in Sochi] the restoration of communications, the opening of railways and highways in the region will ensure peace and stability, improve trade and transport through Armenia and Azerbaijan,” the minister noted.

“In this context, the Zangazur Corridor initiative [envisioning linking of Azerbaijan’s main territory with its exclave Nakhchivan], which has the potential to improve communication in the Trans-Caspian International Middle East-West Corridor, acquires a great importance,” added Bayramov.

Is the plan to bankrupt Russia working?