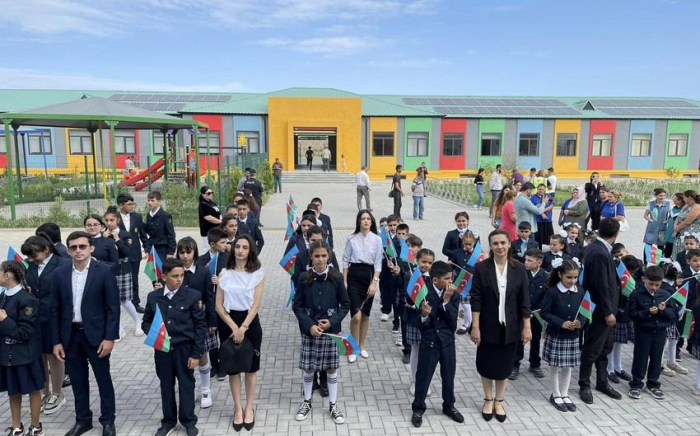 The Action Plan of the First State Program of the ‘Great Return’ to the territories of the Republic of Azerbaijan liberated from occupation was approved by the decree of President Ilham Aliyev, signed on November 16.

Within the framework of the state program, it’s planned to establish a network of social services (health care, social protection, culture and sports, construction of schools and preschool institutions, organization of other public services) and strengthen the material and technical base in the field of human capital development in the liberated territories.

According to the action plan, the Ministry of Science and Education of Azerbaijan was instructed to prepare proposals for the construction and restoration of educational institutions in settlements in accordance with the territorial planning documents for 2022-2026.

“Work has begun on the construction of schools in Zangilan, Kalbajar and Jabrayil. Besides, work will begin on the design of other schools. The most modern infrastructure will be established,” he said.

Member of the Public Council under the Ministry of Science and Education of Azerbaijan, Chairman of the Society of Young Scientists, Doctoral Students and Masters of Azerbaijan, Ph.D. Ilgar Orujov commenting on the issue said that the First State Program of the ‘Great Return’ also covers the organization of quality services in the field of education in the liberated lands in accordance with modern requirements.

“Azerbaijan pays great attention to the issue of building schools. In the example of this program, approved by the head of state, one can once again see the importance attached to reforms in the field of education. The construction of modern educational institutions on the liberated lands is very important to ensure quality education,” Orujov added.

From 2022 through 2026, given the economic potential of the territories and the requirements of the labor market, in order to ensure the activities of institutions of professional and secondary education, it’s planned to design the construction and reconstruction of nine educational institutions, including eight vocational schools and one secondary school, as well as build and reconstruct four educational institutions, including three vocational schools and one secondary school.