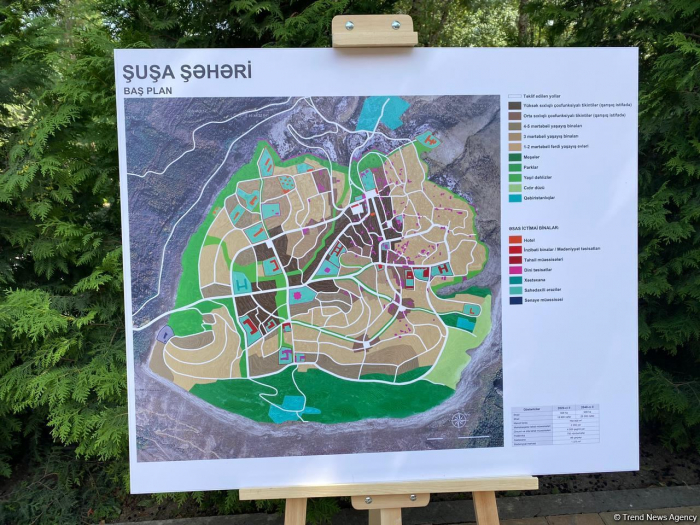 Details of the general plan of Azerbaijan’s Shusha city have been disclosed.

Aydin Karimov, special representative of Azerbaijani President Ilham Aliyev in Shusha city, informed representatives of the working groups on transport, communications and high technologies, urban planning, science, education and culture of the Interdepartmental Center under the Coordination Headquarters, that the city was declared a nature reserve, due to which proposals were made for special planning in the general plan.

According to Karimov, there is a natural border zone that surrounds the city.

“When developing the general plan, first of all, the road and street network of the city will be taken into account. Most of about 200 historical monuments in Shusha will be restored and renovated,” he said.

“Life in the city center will be more rhythmic and active. There will be four-five-story residential and public buildings, as well as business centers. A new mosque complex will also be built, the foundation of which was laid by President Ilham Aliyev. The main task is to make the city comfortable when its residents return to it,” added the special representative.

Read more:   'Get the camel drivers!' German cycling official in racism row after using slur to urge rider to chase down rivals

The Coordination Headquarters was set up for a centralized solution of issues in Azerbaijan’s territories liberated from the Armenian occupation.

As earlier reported, representatives of the working groups came for visit to Shusha.