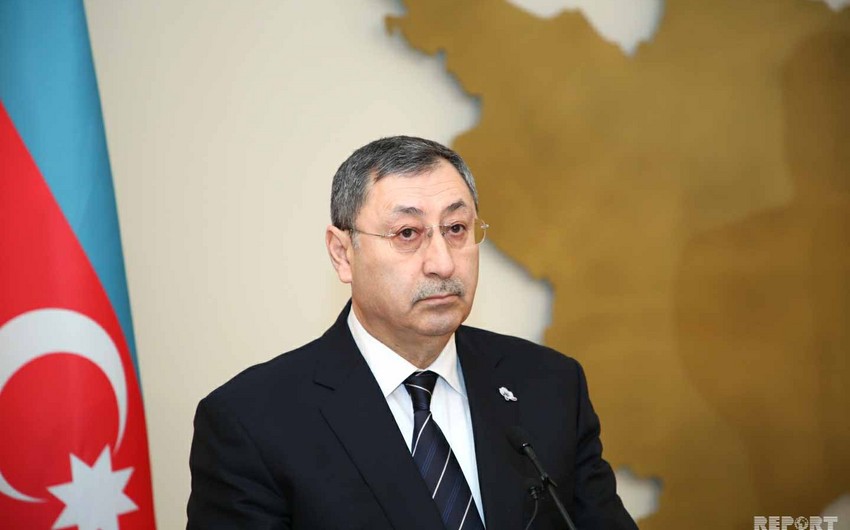 Deputy Foreign Minister Khalaf Khalafov, in a meeting with French Ambassador to Azerbaijan Zacharie Gross on September 19, voiced official Baku’s demand for compensation for the damage caused during the attack against the Azerbaijani embassy in France by radical Armenian groups in this country, Report informs.

This demand emphasizes that the act of vandalism, which endangers the diplomatic mission and its staff, should be thoroughly investigated by the French law enforcement agencies, an appropriate legal assessment should be made, those responsible should be brought to account, and the damage should be compensated for.