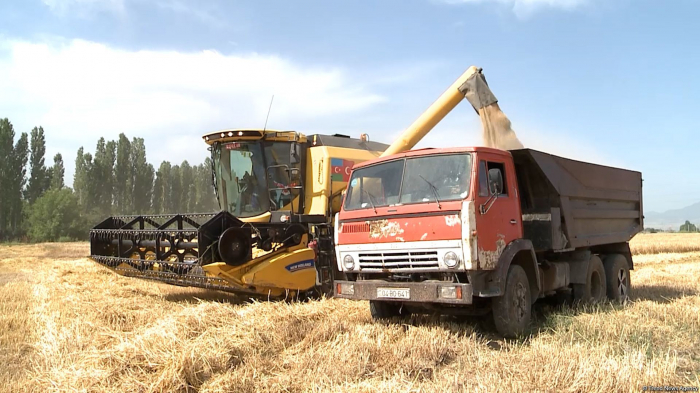 Wheat harvesting continues in the villages of Azerbaijan’s Tartar district, close to the territories liberated from Armenian occupation, Vugar Huseynov, Head of the department of the Ministry of Agriculture of Azerbaijan, according to Trend.

“In 2020, sowing began with some delay, as it coincided with the start of the second Karabakh war,” Huseynov said.

“Autumn sowing began immediately after the end of military operations. Thanks to good agronomic care, an extremely high yield was achieved,” the ministry representative said.

According to Huseynov, harvesting of wheat and barley continues in Azerbaijan, and farmers have no problems with equipment.

“The yield exceeded our expectations. In the former front-line territories, farmers are completing the harvest of barley,” he noted.

Farmers and combine operators told Trend that in past years, when harvesting grain, they were shelled from the territories previously occupied by Armenia.

“Now everything is calm, there is no danger,” the farmers said.