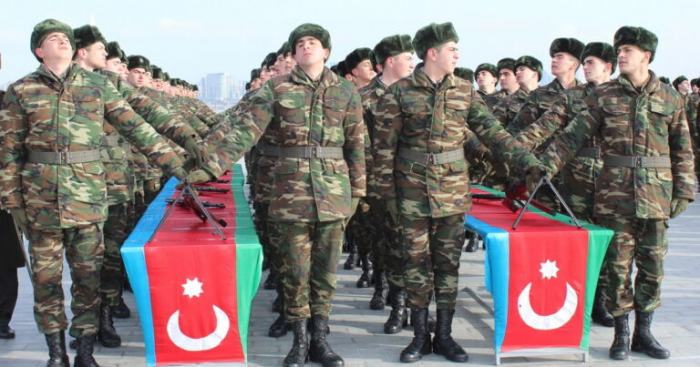 In accordance with the decree dated March 2, 2021 signed by the President of Azerbaijan Ilham Aliyev, the next conscription has ended.

Since April 1, conscripts were sent to units according to the established schedule.

The State Service for Mobilization and Conscription (SSMC) ensured the implementation of the order, and successfully completed the staffing of the Azerbaijani Armed Forces with conscripts.

Under the order,  Azerbaijani citizens who were born in 2003 and reached the age of 18 before the day of conscription (including that day), also those born in 1986-2002 and are under the age of 35, who did not serve in the Armed Forces of Azerbaijan, who do not have the right to defer conscription or are not exempted from conscription have been called up for active military service from April 1 to 30, 2021.