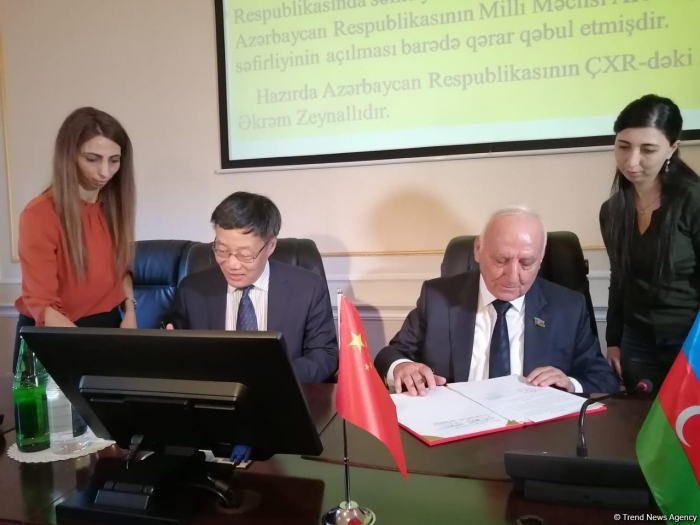 An agreement has been signed in Baku on the creation of scientific centers that will study the history of relations between Azerbaijan and China Oct. 14.

In accordance with the agreement, bilateral relations from ancient times to the present day will be studied in the centers.

Mahmudov said that the centers will be located both in Azerbaijan and in China.

At the end of the event, the guests were presented with books on the history of the Irevan Khanate, Azerbaijan’s Nagorno-Karabakh region and Nakhchivan Autonomous Republic.