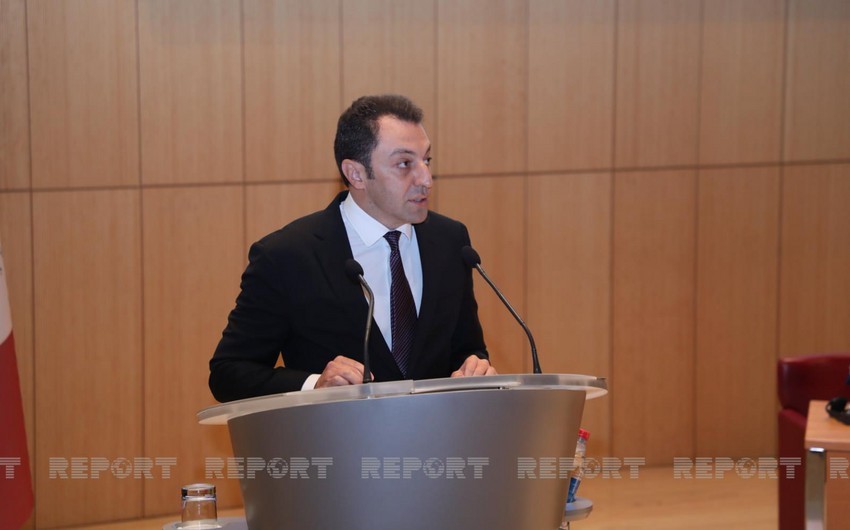 The UN International Court of Justice in the Hague has continued hearings on Azerbaijan’s lawsuit against Armenia in connection with the violation of the International Convention on the Elimination of All Forms of Racial Discrimination, Report informs.

During the second day of the hearings, the representative of the Azerbaijani side, Deputy Foreign Minister Elnur Mammadov called on the court to take the following measures against Armenia:

– Armenia shall take all necessary steps to neighbor Azerbaijan to undertake the prompt, safe and effective demining of the landmines planted in the Azerbaijani territories by the Armenian military and/or other groups under the instruction controlled or sponsored by Armenia, including by immediately providing comprehensive and accurate information about the location and the characteristics of land mines in Azerbaijan’s territory.

– Armenia shall immediately stop endangering the lives of Azerbaijanis by planting, or promoting, or facilitating the planting of landmines in Azerbaijan.

– Armenia shall take all necessary steps to prevent organizations operating in Armenian territory including VOMA, from engaging in the incitement of racial hatred and racially motivated violence targeted at Azerbaijanis and shall cease and decease the incitement based on a fabrication of private and public hate speech attributed to Azerbaijanis on twitter, other social media and traditional media channels.

– Armenia shall take measures to collect and to prevent the destructions and ensure the presentation of evidence-related allegations of ethnically-motivated crimes against Azerbaijanis, of which it is aware. Including those identified in communications from the republic of Azerbaijan.

– Armenia shall refrain from any measure that might aggravate, extend or make more difficult the resolution of this dispute.

– Armenia shall submit the report to the court on all measures taken to give a fact to it order indicating prevision measures within three months from the date of the order and after every 6 months until the final decision is rendered by the court.