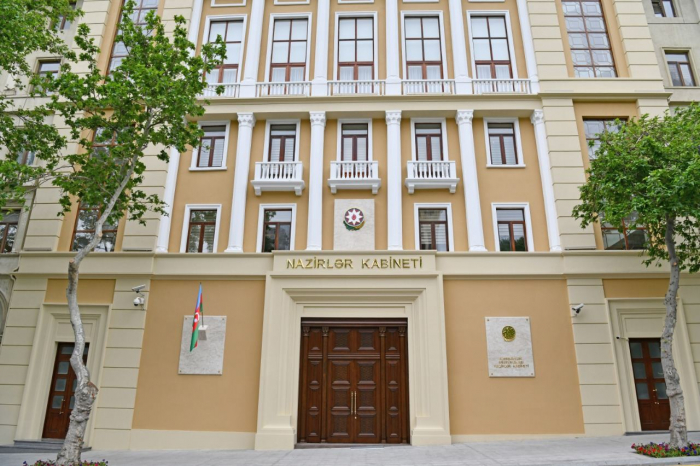 Proceeding from the current sanitary and epidemiological situation, the Azerbaijani Cabinet of Ministers has made amendments to the additional measures in connection with the special quarantine regime.

In accordance with the amendments, except for the movement of special vehicles, as well as trucks, along with Sabirabad city, Javad, Turkedi, Galagayin and Kurkendi villages of the Sabirabad district, Sheki city and Kish village of Sheki district, Shaglakuche and Shikhakeran villages of Lankaran district, Guba city and Rustov and Zardabi villages of Guba district, entry and exit to Mingachevir city, as well as Agstafa, Bilasuvar, Khachmaz, Ismayilli, Gakh and Zagatala districts, will be suspended from 00:00 October 24.

Trofimchuk: French Senate’s resolution is an attempt by West to change process

The technology of sounding films through artificial intelligence will be introduced from next year, Report…

Ambassador of Mexico meets with Azerbaijani Acting Minister of Culture

On November 26th, the Ambassador of Mexico, Rodrigo Labardini, met with the First Deputy Minister,…