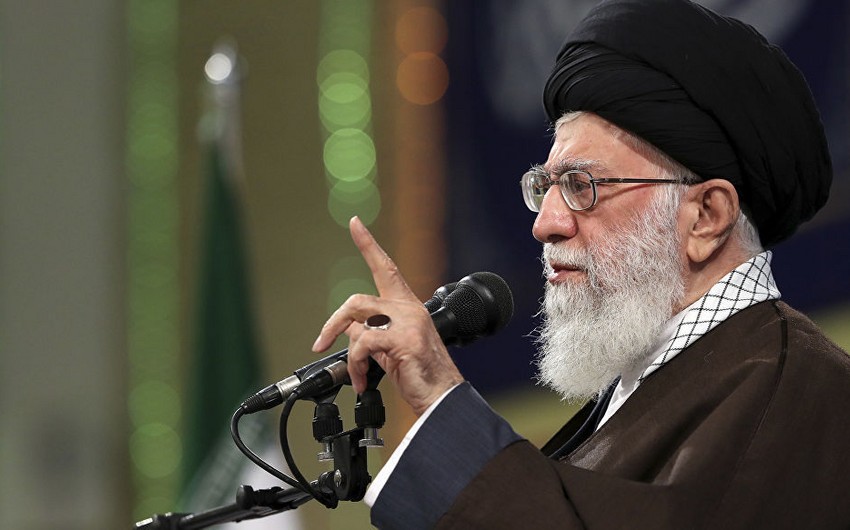 Iran’s supreme leader, Ayatollah Ali Khamenei, has blamed the United States and Israel for protests that have gripped the country for more than two weeks following the death of Mahsa Amini detained due to the improperly worn hijab, Report informs, citing Al Jazeera.

“I say explicitly that these riots and this insecurity were a design by the US and the occupying, fake Zionist regime [Israel] and those who are paid by them, and some traitorous Iranians abroad helped them,” Khamenei told graduating cadets at a police university in Tehran.

He said the woman’s death was an accident and people should not react so fiercely to her death before investigations.